General Chat with an emphasis on BMC Minis & Other iconic cars of the 1960's. Includes information on MK1 Action days.
Post Reply
457 posts

I thought it was Geoff Hurst.
Elvis has left the building and gone to the chip shop.
Top 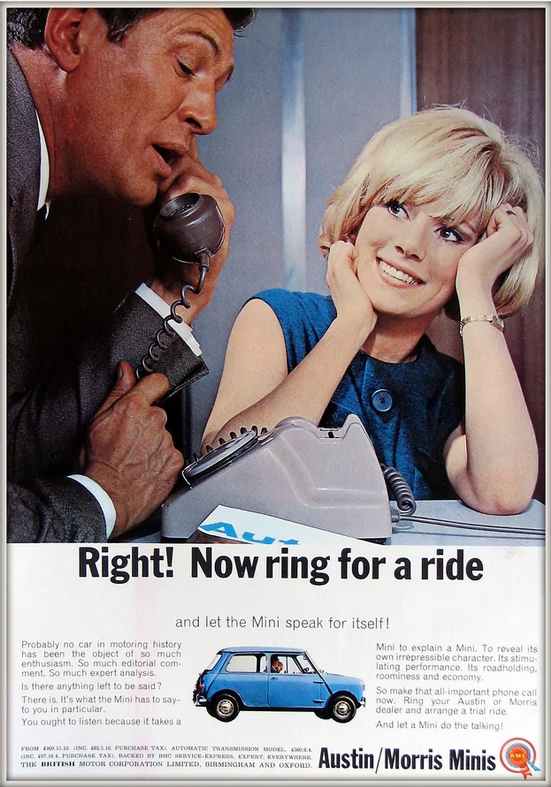 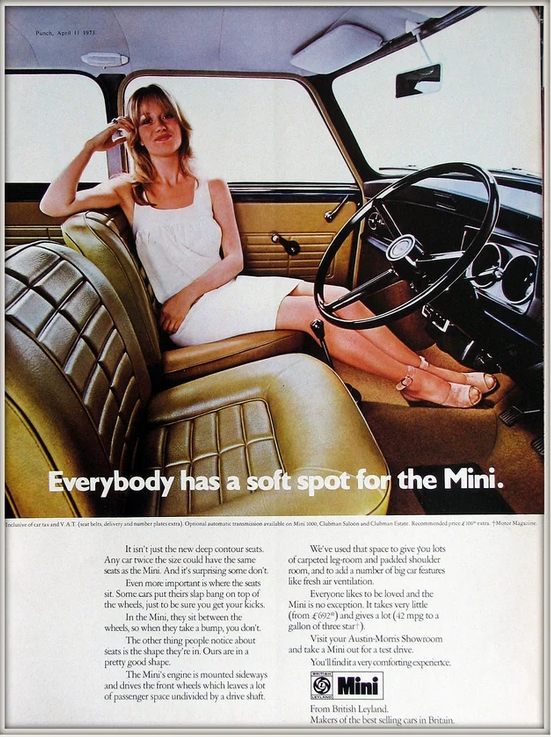 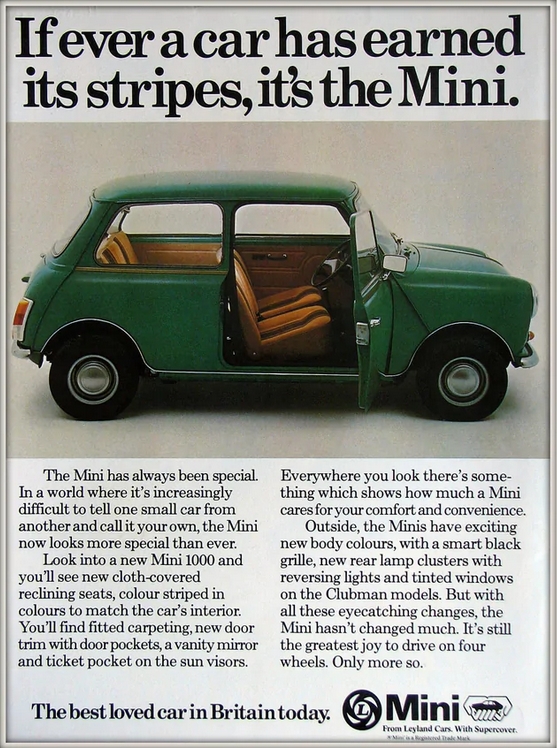 In the text at the top it says: Minis love women.
You do not have the required permissions to view the files attached to this post.
DOWNTON Mini is what I like a lot.
Collecting 60th wooden steeringwheels.
Top 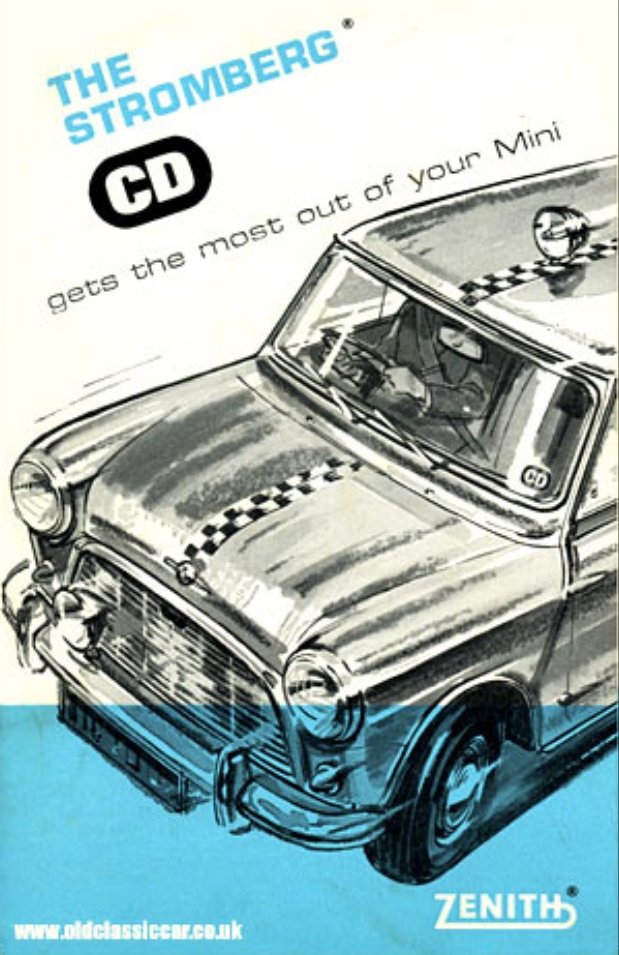 Stromberg CD Carburettors
"The cover of this Stromberg leaflet, dating to August 1968, has an illustration of a tweaked Morris Mini-Minor in action, showing some of the de-rigeur bolt-on goodies that every self-respecting tuning fan would attach to their car, namely extra lamps (up front and on the roof for night rallies), and the stick-on chequer tape, a definite go-faster essential. In later years Minis would often be seen with larger diameter wheels, but in the 60s the 10" rim was still king, perhaps widened a little in the Cooper S style but still with the stock diameter."

Inside the leaflet continues to herald the benefits of the CD carburettor:
"Mini owners are a breed apart. They demand more from their cars than most other people. They love the thrill of a fast run all the more because it is costing them just about as little as motoring can - but, a worn carburettor wastes petrol." 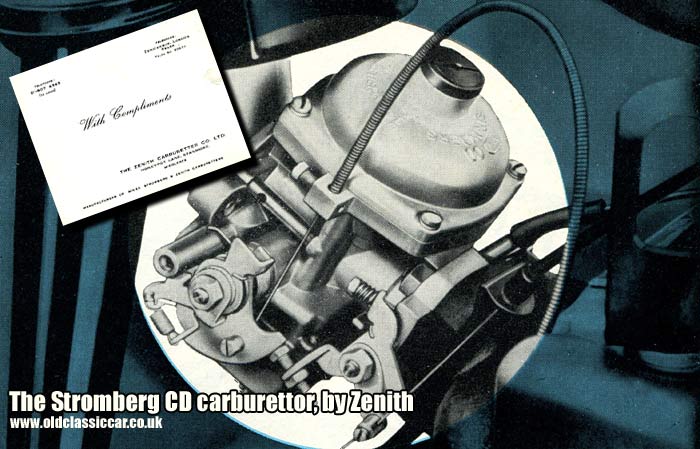 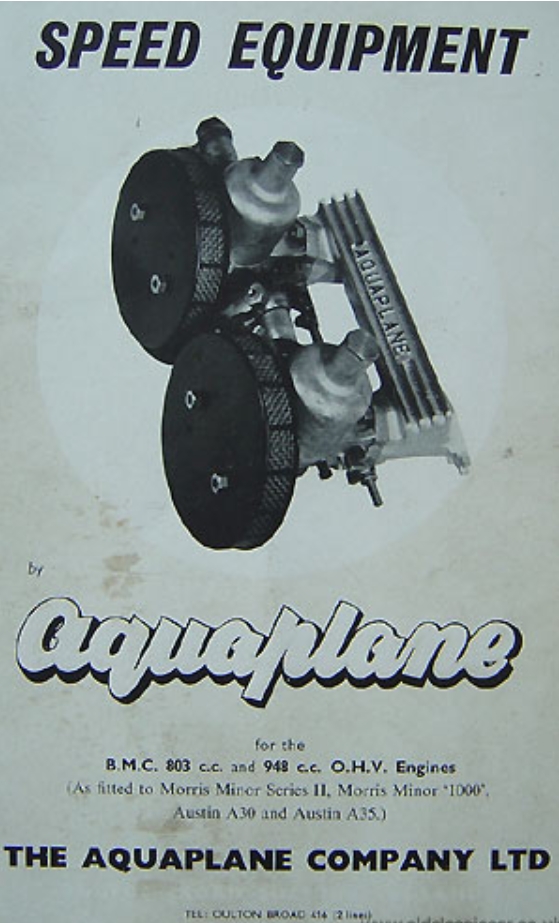 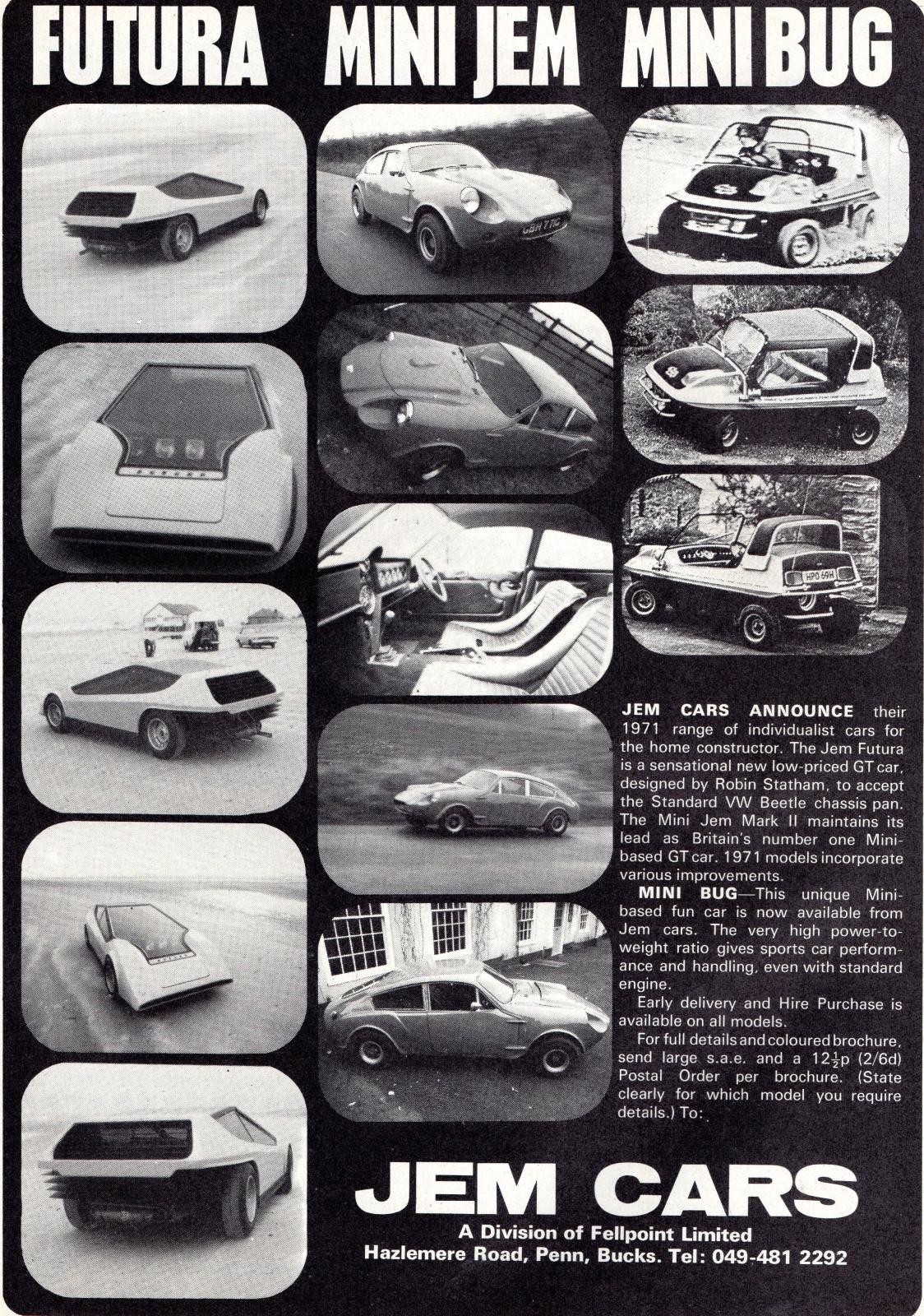 Elvis has left the building and gone to the chip shop.
Top

Were any Jem "Futura " cars ever built & if so do any survive ?
Yes i know its a Beetle

I was going to say none were built as the headlamp regulations changed in 1972 so the headlamps would not have been legal.

After a quick interweb search it looks like 3 bodies were built, and one modified car was finished in 1978.

Elvis has left the building and gone to the chip shop.
Top
Post Reply
457 posts