General Chat with an emphasis on BMC Minis & Other iconic cars of the 1960's. Includes information on MK1 Action days.
Post Reply
138 posts

WMU 211G wrote: ↑Sun Sep 25, 2022 10:02 am I know not everyone on here does facebook, but on one of the Beatles groups I'm in there's some newly discovered footage of George Harrison driving his psychedelic Radford Cooper S on location filming for 'Magical Mystery Tour' on 24th September 1967...

Must be blocked if you do not log in. No chance of that then as I do not have an account.


PS I get this screen

faceache.jpg
You do not have the required permissions to view the files attached to this post.
https://mk1-performance-conversions.co.uk/mk1_index.htm
Top


PS I get this screen

Same screen as I get.
Top

This link should work for everybody. 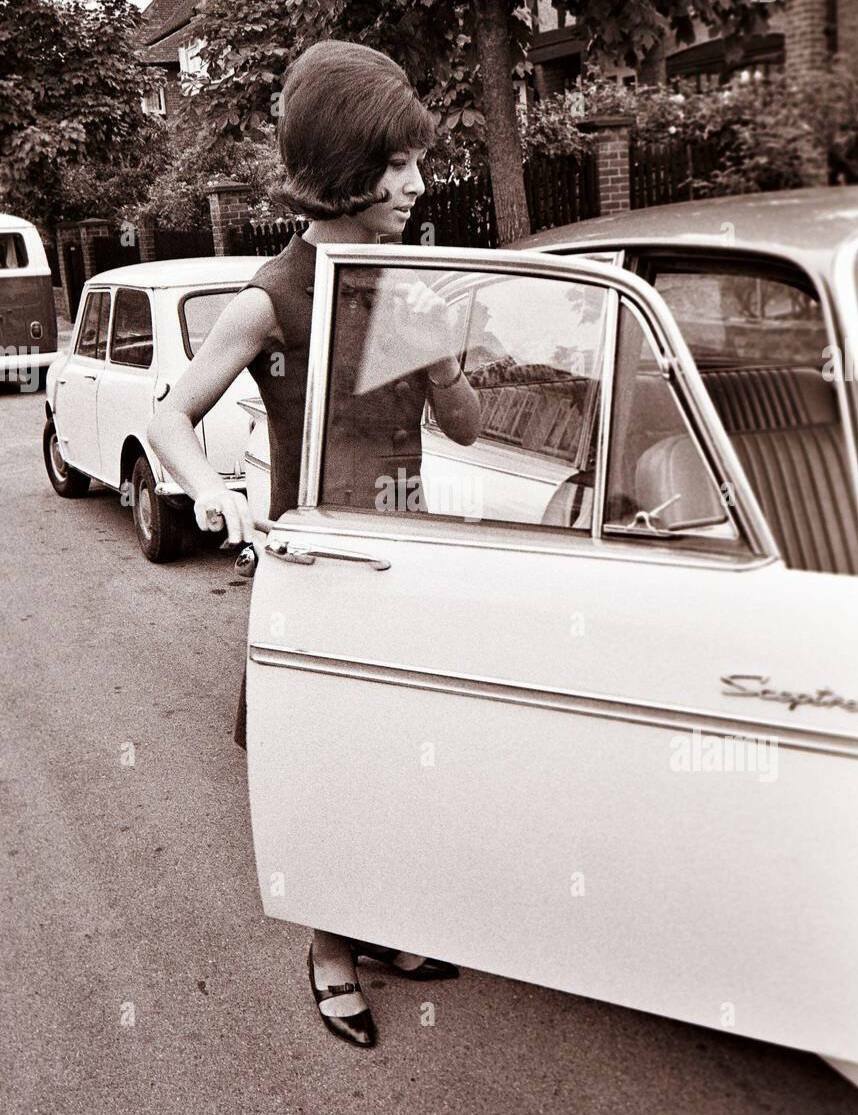 .
You do not have the required permissions to view the files attached to this post.
https://mk1-performance-conversions.co.uk/mk1_index.htm
Top

A viewer emailed Angela Rippon when she was presenting the 'GB News Breakfast Show' this morning, to say he remembered her bringing her Mini into his garage years ago....she replied she still has it, a 1960 Austin which she said is so old it is not called a Mini but an Austin Seven which of course is correct, only the Morris was named the Mini-Minor in 1960. 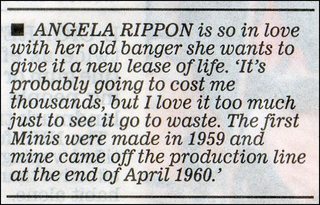 Angela Rippon on fast cars and the future of driving
Angela Rippon was the Top Gear’s first presenter back in the 1970s “When I was presenting it, it was very much magazine programming."
The legendary BBC journalist can’t hide her excitement when she’s talking about driving. Whether describing tearing up the motorway in her Mazda MX5 convertible or reminiscing about her antique Mini—“It came off the production line on 6 April, 1960 and they only started making them in the back end of 1959. It may be one of the oldest Minis on the road.”—it’s a subject you sense she could enthuse about for hours.
https://www.readersdigest.co.uk/lifesty ... of-driving 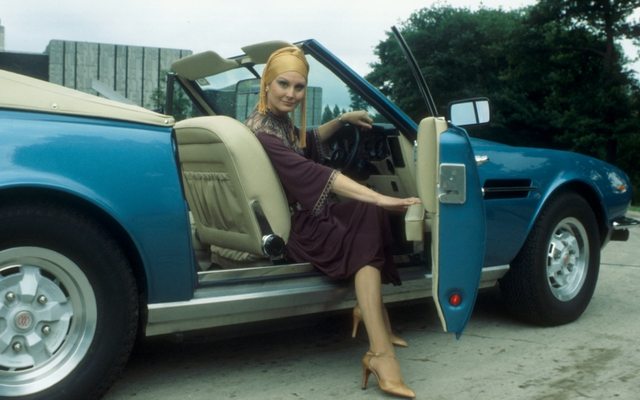