The Home of any non Mini projects & discussion.
Post Reply
4 posts • Page 1 of 1

"A military museum in Nottinghamshire has taken delivery of an FV 214 Conqueror – one of the heaviest tanks produced in this country – for a special restoration project.
The tank was transported from the Bovington Tank Museum in Dorset to the Royal Lancers & Nottinghamshire Yeomanry Museum at Thoresby Park.
It then took four hours to manoeuvre the tank into place on a specially created concrete plinth.
Now volunteers from the museum will spend the next couple of months giving the tank a fresh new look ahead of a special unveiling next spring.
The 64-tonne FV 214 Conqueror, also known as Tank, Heavy No. 1, 120 mm Gun, Conqueror, was in service between 1955 and 1966.
It was built to counter the Soviet IS-3 series heavy tank during the post-Second World War era of the Cold War.
Around 180 of the tanks were built in total and, during their relatively short service, were used in what was then West Germany with the British Army of the Rhine.
The Conqueror's arrival at the museum is also a poignant one as Thoresby was used as a training ground for British Army tanks during the Second World War. Museum curator Mick Holtby says he and his team are delighted that the iconic tank is now at Thoresby."
https://www.forces.net/news/one-britain ... ary-museum 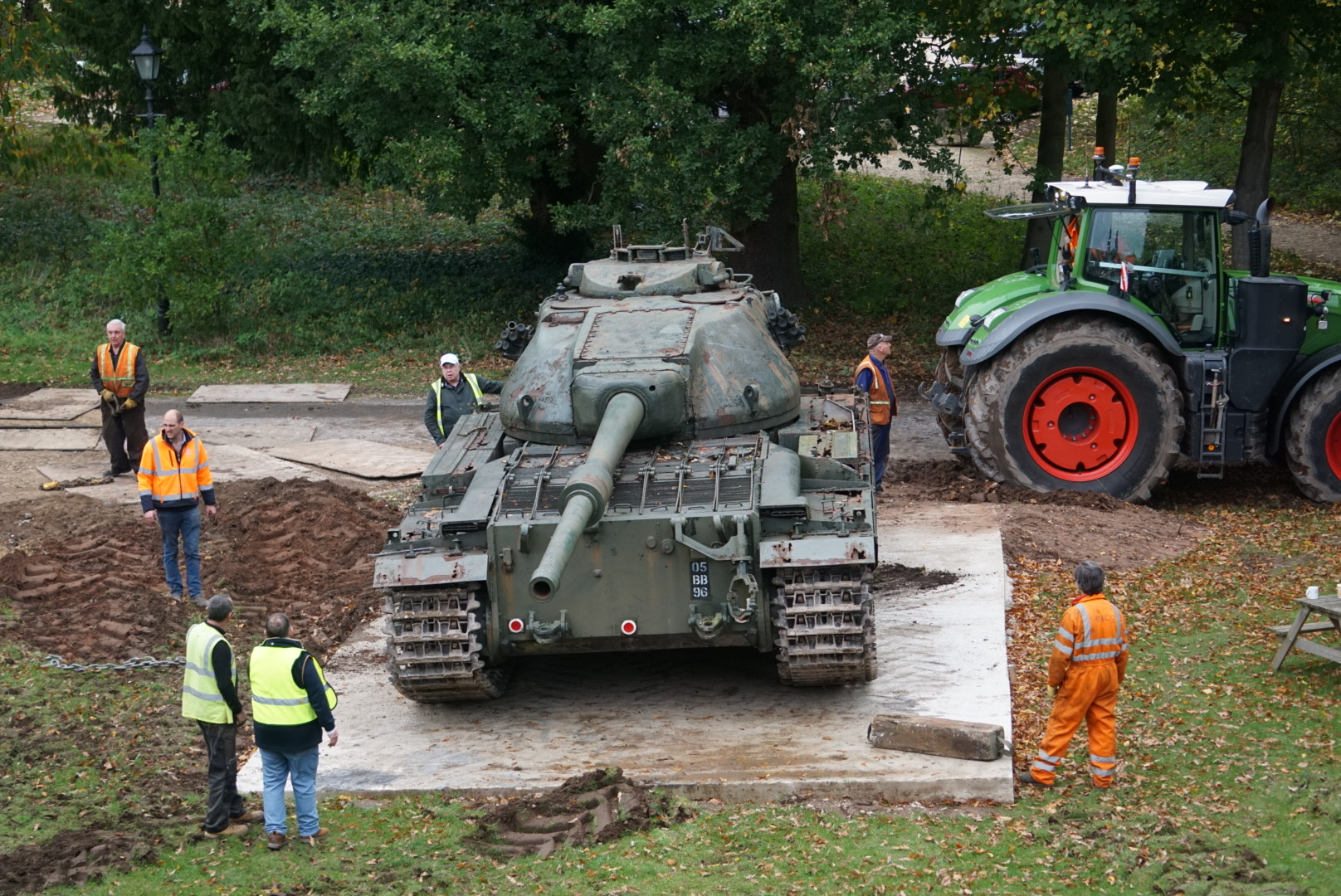 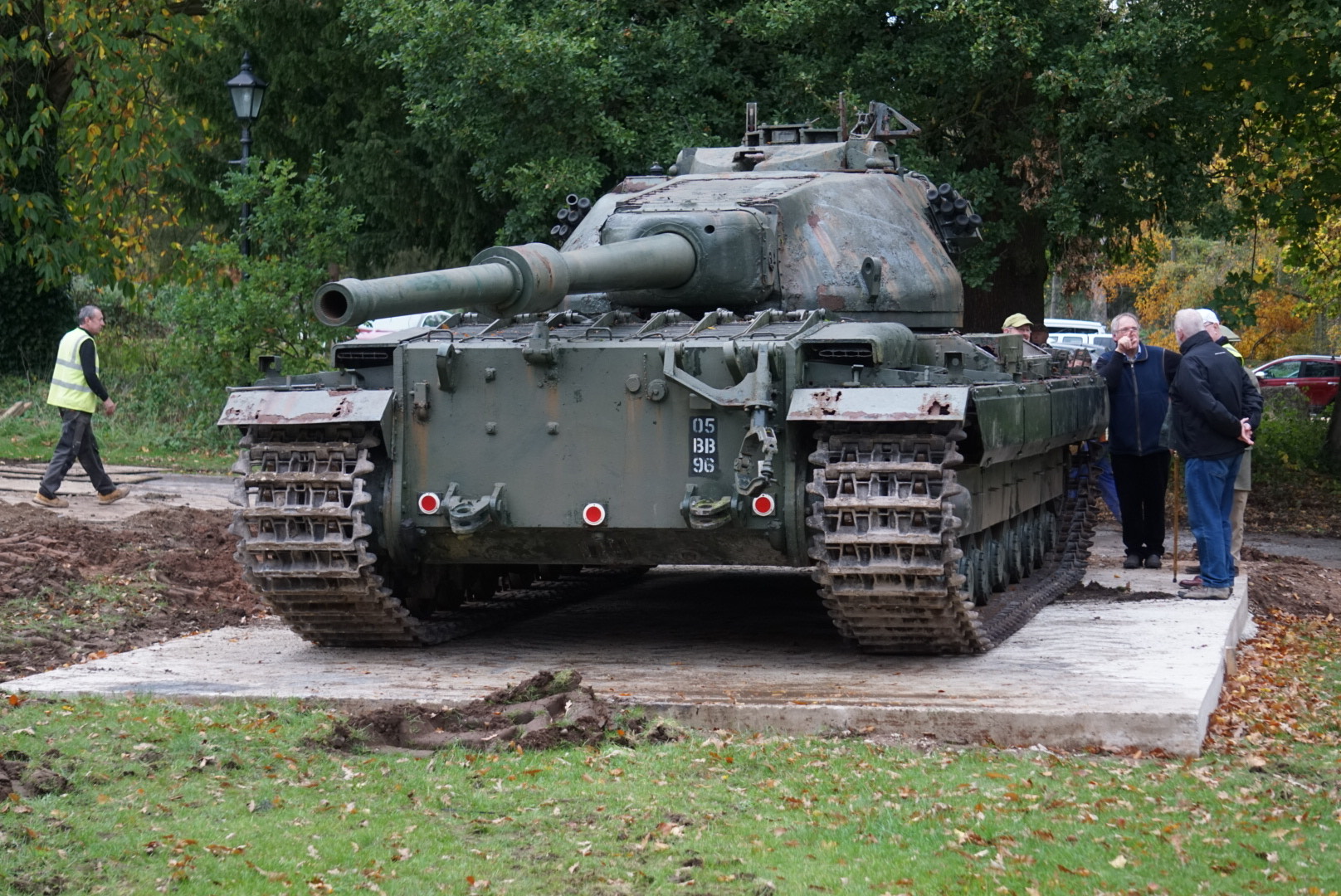 Ho, ho, ho........, but lovely to see......... A bundle of trouble from the word go!. An absolute mechanical nightmare for the C category mechanics, the gun fitter, the tels techs and pretty much anyone else that set eyes on them. Especially so, those that had to move them from their barracks to the training areas in BAOR as they were too wide and point-load heavy for the German railways and post war 'erzats' bridges* and even more so for the old Diamond T (and a bit later, the Mighty Antar) Tank transporters.
* post-war cheapo steel girder bridges quickly built to replace the bombed out ones

Salvation came in the form of the up-gunned, 1945/6 era gentlemanly Centurion from 17 pounder to 20 pounder and then 120mm gun that was more than a match for the Soviet tanks - and remained there to augment the Chieftain until the Challenger. By this time, MILAN and JAVELIN had made tanks obsolete. Whhen the Concs were withdrawn there were no buyers..... They languished in open ordnance until the late 60's and used as hard range targets. Alas, even a few years of tank and anti-tank hits couldn't destroy them

Thanks for the insight Peter, case of biggest not always being best.

Seems like there is a maximum size/weight for any Tank, beyond which it is self defeating….

The Bovingdon Tank museum ( where this tank came from) is a great visit, has some interesting Tanks inc the only working Tiger tank ( by Porsche)
Top

I hope it’s got some reinforcement in it and something underneath!
Top
Post Reply
4 posts • Page 1 of 1