Why Is My Car So Expensive? Ch 4 Dispatches

Why Is My Car So Expensive? Ch 4 Dispatches

I was expecting this Ch4 programme yesterday to be the usual lightweight dumbed down TV on cars but there was actually some interesting information on various topics relating to modern cars and the car industry. Worth a watch and includes a modern MINI Countryman resurrected from a serious write- off with all airbags deployed and then sold to an unsuspecting buyer.

Why Is My Car So Expensive? Ch 4 Dispatches:-
https://www.channel4.com/programmes/why ... dispatches

Cazoo and Cargiant offering written-off used cars to unsuspecting buyers.
"Cazoo and Cargiant have been found to be selling undeclared written-off used cars to unsuspecting buyers. An undercover investigation carried out by Channel 4 discovered some of the country’s most well-known car dealers, including Cazoo and Cargiant, were selling dangerous written-off cars that purported to be clean used cars complete with multi-check reports.
The Dispatches programme, fronted by journalist and broadcaster Ginny Buckley, found a BMW 1 Series for sale with online used car dealer Cazoo.
In the car’s advert there was no mention of a previous accident, but a salvage report revealed the 1 Series had been in an accident so severe to have deployed the airbags.
Meanwhile, at Cargiant – which bills itself as the world’s largest used car dealership – a Skoda Karoq up for sale for £18,299 was also not described to have had an accident in the past, yet a salvage report showed it was classed by the insurance company as a ‘Cat S’, ie, structurally damaged but repairable so it’s roadworthy again.
Cazoo and Cargiant said the cars were safe.
Ginny Buckley approached Cazoo about the 1 Series and was told: ‘We don’t sell any vehicles that have been in any accidents.’
When an undercover reporter queried the Skoda Karoq, Cargiant said ‘[a] car has to go through all the multipoint/multiple inspections which is almost 114 to 169 checks’.
When confronted with the claims, both companies reiterated the checks their used cars go through before being advertised for sale.
A Cazoo spokesperson said the BMW 1 Series incident was ‘highly unusual’, adding: ‘All our cars undergo thorough quality checks, including searches for any previous accident or damage history.’
Cargiant said its used cars were ‘checked against the industry standard vehicle history database and undergo rigorous inspections’.
With regard to the Karoq, Cargiant said it had paid market price from ‘one of the world’s largest vehicle remarketers’.
The spokesperson added: ‘The vehicle passed both theirs and Cargiant’s physical inspection and [industry standard database] checks.
‘Once Cargiant learnt that the insurer failed to declare the car’s write-off status, it immediately withdrew the vehicle from sale. Cargiant now checks all their retail stock with [a wider database] and found this to be the only undeclared write-off.’
It’s not the first time Cazoo’s ‘300-point’ check has come under scrutiny...."
https://cardealermagazine.co.uk/publish ... ers/269936
Top

My son's BMW 3 series was involved in an accident so serious it set off all of the airbags, however the damage to his car and the Peugeot he ran into suffered so little actual damage that his front number plate was cracked and the Peugeot owner was unable to make a claim as the RAC could not find any damage at all on her car.
BMW do sell airbags though.

At the end of the day these new on line wallers are still used car dealers.

The Sunday Times today reported the case of David, a project manager from Manchester, who bought a Mini Countryman for £17,500 last year from a dealership and tried to part-exchange it for a smaller vehicle eight months later at a different dealership. The extensive background checks carried out at that point revealed the car had been written off previously.
“On viewing the images I was absolutely horrified,” he told the paper. “[There was] damage to the sill, curtain airbags, dashboard airbags all gone off — completely ripped off, the front wheel.”
David returned the car to the original dealership, who he asked not to be named, and received a refund in full but later found the car had been put back on sale....for £17,500 again.
https://www.driving.co.uk/news/wrecked- ... ered-past/ 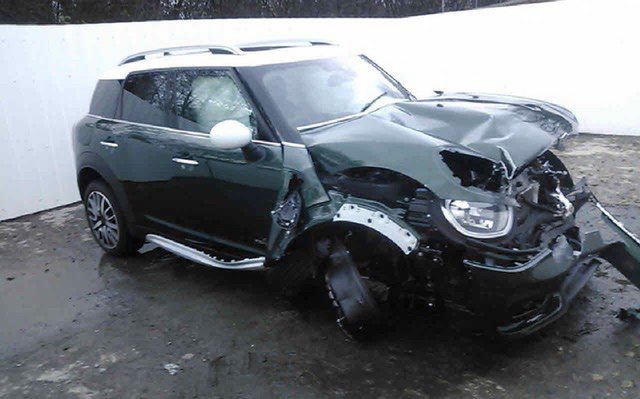 It would have been useful if they had let you know where to find the salvage checking web site, told you how to do an HPI check, why the cars had slipped through the net, and which insurance companies are not putting damaged vehicles on the HPI register.

In all the cases shown the buyers git full refunds, so the dealers admitted they had made mistakes which it appeared to me is due to insurance companies not properly recording damaged vehicles.

And if you want to save on car hire, rent a van, it's half the price.