Quote:
"New-old stock Ford Anglia 105E front wings are very scarce, but Ex-Pressed Steel Panels can again come to the rescue – although they involve a hefty outlay of just under £893 each, with a manufacturing lead time of up to eight months."

One of the many advantages of restoring a Mini....
Top

Below is my (Very short and FREE!!) guide to those thinking of buying a Ford Anglia 105E:

I should get all misty eyed over the 105E, as it was the first car I remember being in as a nipper. My dad had a grey delux saloon, which gave up the ghost in 1968 and was replaced with a brand new Hillman Imp.

You might gasp at the price of a wing, but you could buy 4 whole cars and still have money for an all inclusive family fortnight at Butlins for the price of one Mini Cooper.

My mum passed her driving test in 1966 and my dad bought her a brand new white Ford Anglia Deluxe with red vinyl interior (see receipt below), he would not buy her a Mini as he considered FWD and transverse engines with gearbox in the sump to be awkward to work on. At the time he owned a garage and a driving school which used 1965 Mk1 Ford Cortina's which with conventional RWD layout he could easily fit a new clutch in a couple of hours when regularly worn out by all the learner drivers!
The Reg of my mum's Ford Anglia was 'MLC' so it became know as "Mum's Lovely Car." After about 6 years the rust had set in and was showing up badly on a white car, especially in the front wings so it was sold to a neighbour whose Morris Minor had just failed it MOT, he painted some white Dulux gloss over the Anglias worst rust patches until it failed it MOT terminally a couple of years later... 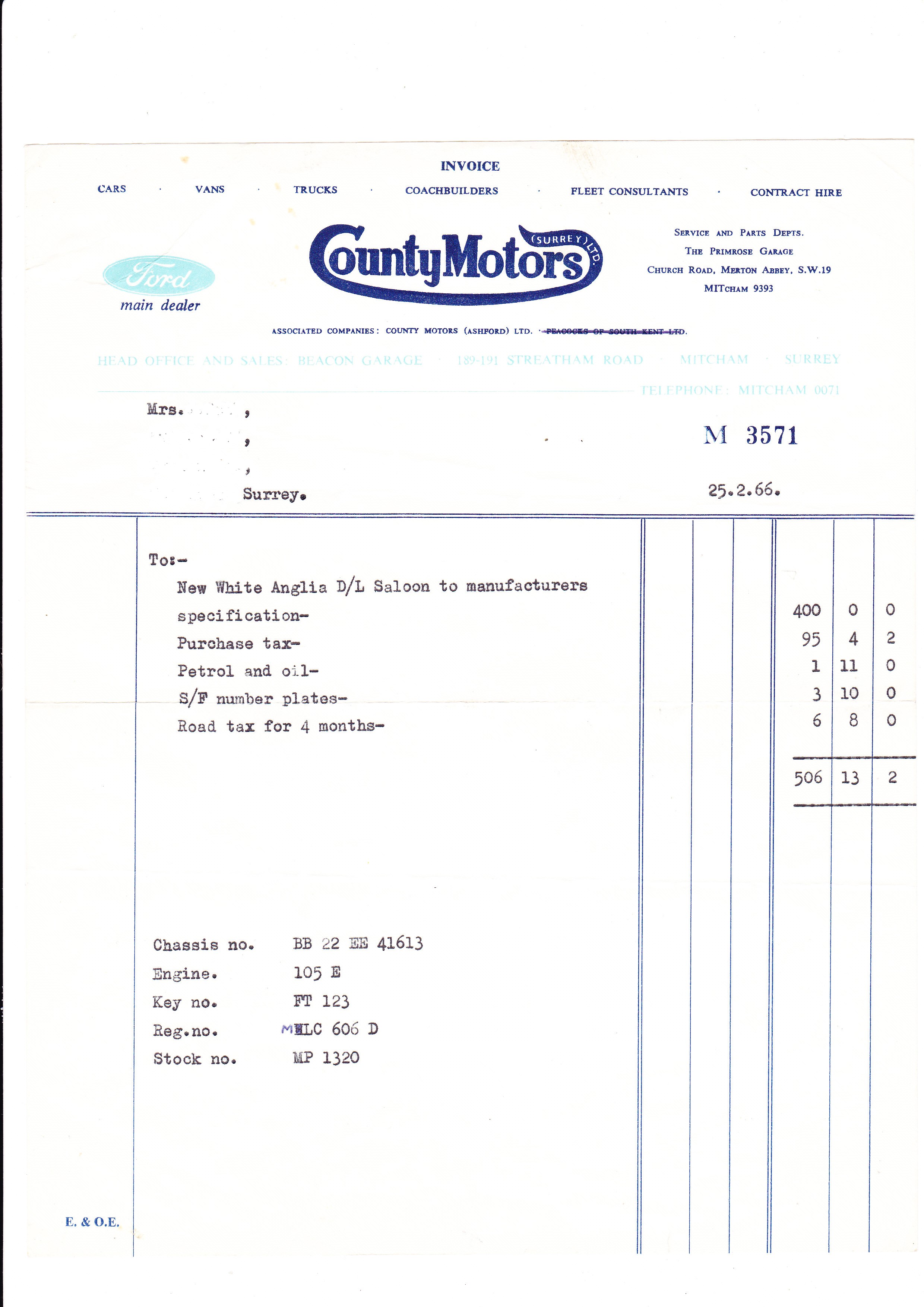