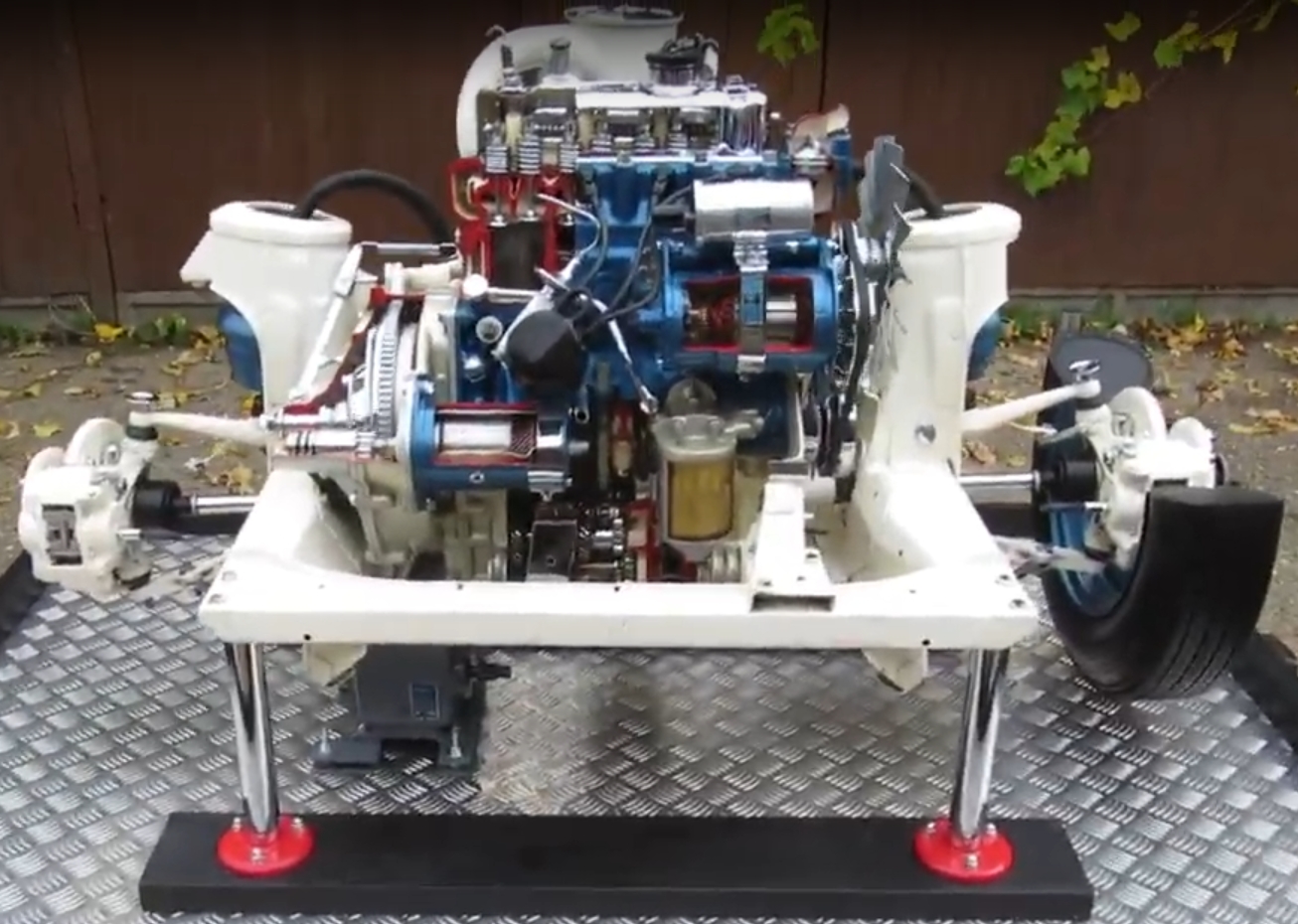 "Back in 2017, at the NEC International Classic Motor Show, the 1100 club learnt of the existence of a BMC exhibit reputed to date from the 1966 Geneva Motor Show. It was a cutaway MG 1100 engine mounted on a subframe and driven by an electric motor. Switched on, it provides a fascinating insight into the internal workings of the 1100 power unit.
The club acquired it soon after and once the weather warmed up the Essex branch of the club set to work to restore it and also to construct a trailer to mount it on so that it could be easily be transported to and from shows.
Appropriately, its first appearance was at 2018 NEC International Classic Motor Show where it was a huge success and visitors stood around mesmerised. It also fitted in rather well with that year’s theme ‘built to last’ as the A-Series was built right up to the final version of the Rover Mini."
https://www.the1100club.com/cutawayengine.php

Watch the cutaway engine in action shortly after the restoration by Tea-M Essex was complete:-
https://www.youtube.com/watch?v=487NcfZ5AP8
Top

and an AP automatic version.... 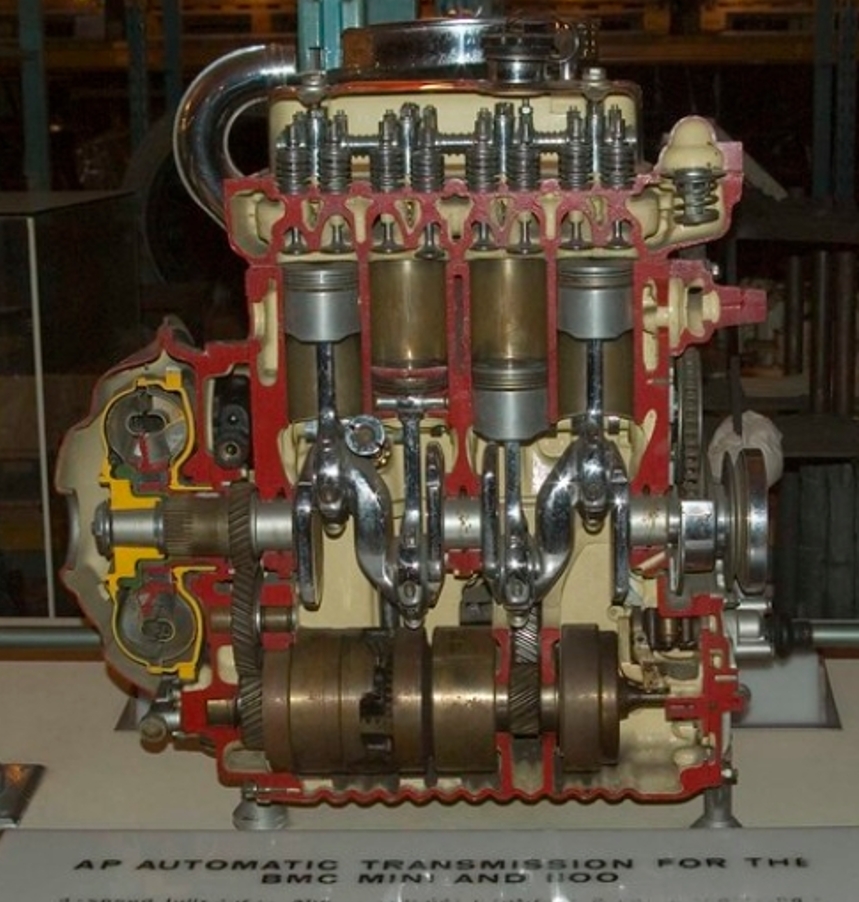 Austin 1100 Skeleton Car
"The Austin 1100 Countryman was launched at the Geneva Motor Show in the spring of 1966, followed by its appearance at the 1967 Earls Court Motor Show. This 'skeleton' example was produced to demonstrate the still unique BMC engine and transmission layout.
The skeleton car also made an appearance at the Motor Show the following year. It featured on a turntable alongside a fully bodied version. Electric motors controlled the movement of front and rear seats, demonstrating its carrying capacity to the full. At the end of the show it was put into storage.
In 1998 this unique vehicle was purchased by The 1100 Club from Gaydon. After being on display for some time at the Stondon Motor Museum in Bedfordshire, in July 2016 members of the Essex Branch restored this rare model to its former glory."
https://www.the1100club.com/skeletoncar.php 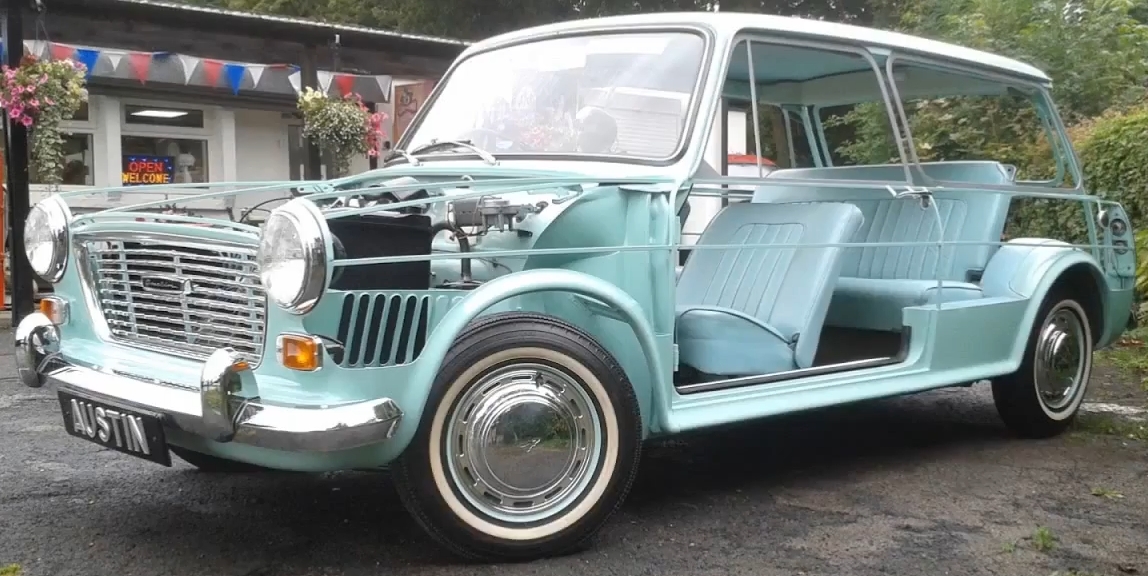