Bit of a departure from the norm for me

Forgot to mention...:
Check the centre-lock wheel hubs... (or remember when you strip them down)
I seem to remember that they are fitted opposite to wire-wheel type ones

andy1071 wrote: ↑Mon Nov 15, 2021 1:37 pm Forgot to mention...:
Check the centre-lock wheel hubs... (or remember when you strip them down)
I seem to remember that they are fitted opposite to wire-wheel type ones

Thanks Andrew,
Following some research and purchasing a couple of books I was recommended it seems my car has a relatively rare engine specification (Super SE specification fitted to 4 Elans & 227 Plus 2) being high compression "small valve" with the SSE camshaft reportedly good for 125bhp, the same as the later "big valve" engine. It is said that Chapman wanted to boost sales hence the adoption of the big valve head despite the output being the same as the Super SE engine. He could therefore increase the price of the Sprint accordingly. Nothing wrong with that, a sales method still in use today.
Top

First task is to return the engine bay to original condition so I've removed everything barring the engine its self. Wiring loom on order from Autosparks and Webers are away for a full restoration. Basically just undoing years of bodges and untidy work (like spraying everything matt black including wiper motor and master cylinders, while painting the engine bay). The cam cover was "glued" on with black mastic like I'd never seen before, nice work...... so that's taking forever to chisel off carefully. Just starting to clean down the block and head and taking note of the various numbers to help confirm the engine is correct and original. There's probably more discussion on the block identification on the Lotus twink than any other engine. The number cast on my block is E6015 preceded by a stamped "3020". Ford would grind off the standard Ford prefix and stamp it with the required Lotus identifier. This is where it gets confusing as everything I read says a 3020 prefix block is for a Mk2 Lotus Cortina. However other Elan/Plus 2 owners confirm they have the same block. The engine number (H17535B) is correct for the car (per the Lotus heritage certificate) and doesn't look to have been doctored so I'm pretty sure it's the original block, just confused by the 3020 Lotus Cortina issue. I imagine Lotus took delivery of blocks and just used them as I don't think there was any difference between an Elan block and a Cortina block but I need to delve further into this to figure it out. Things like the distributor and wiper motor are date stamped per the build date and the block casting date is also aligned with the build date so it looks like it is genuine matching numbers. 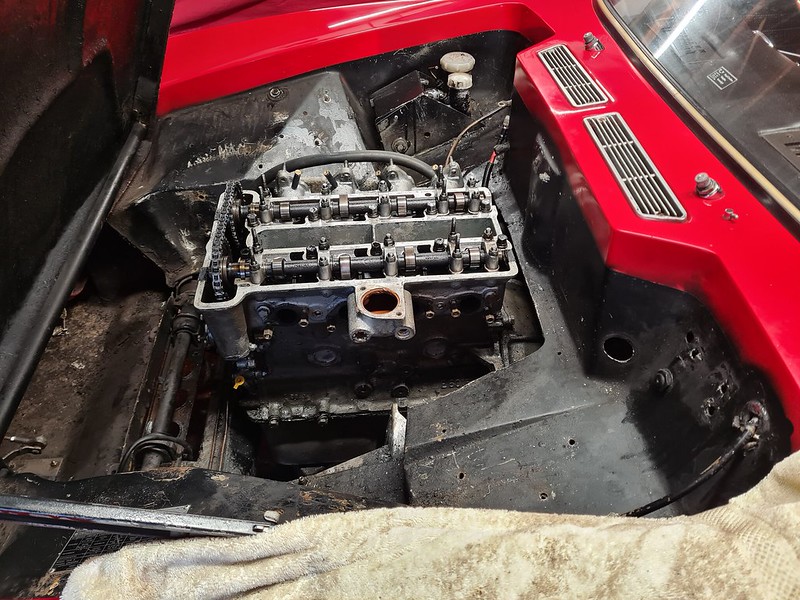 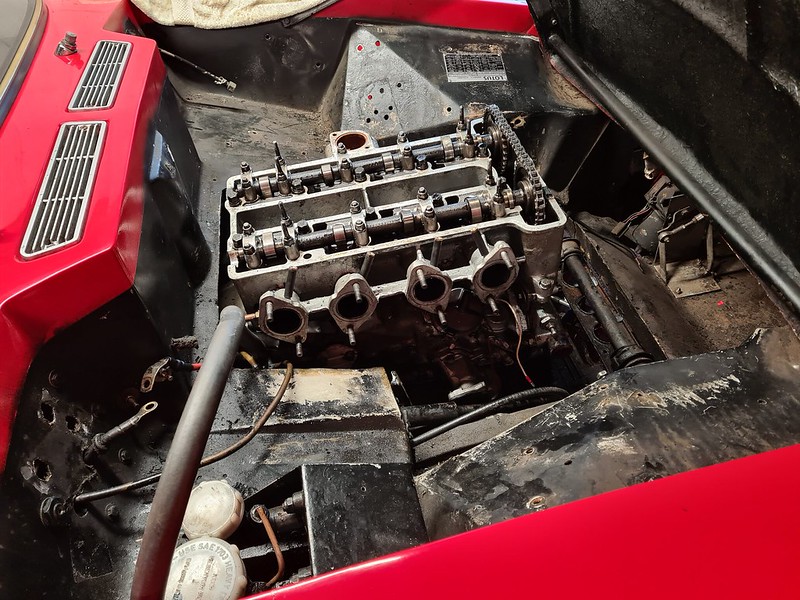 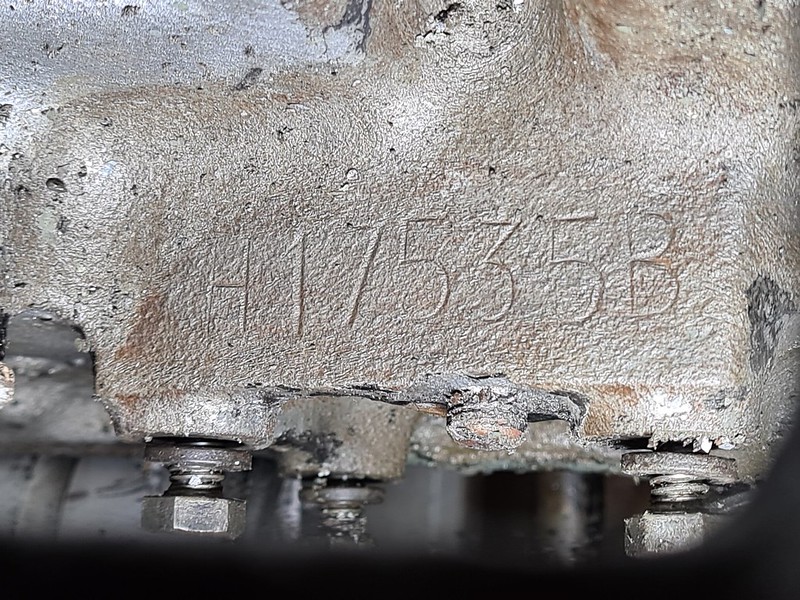 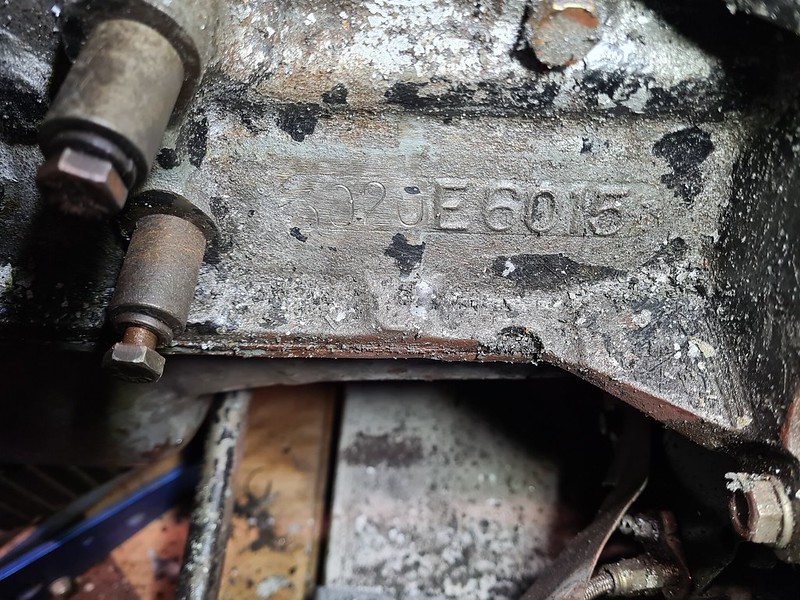 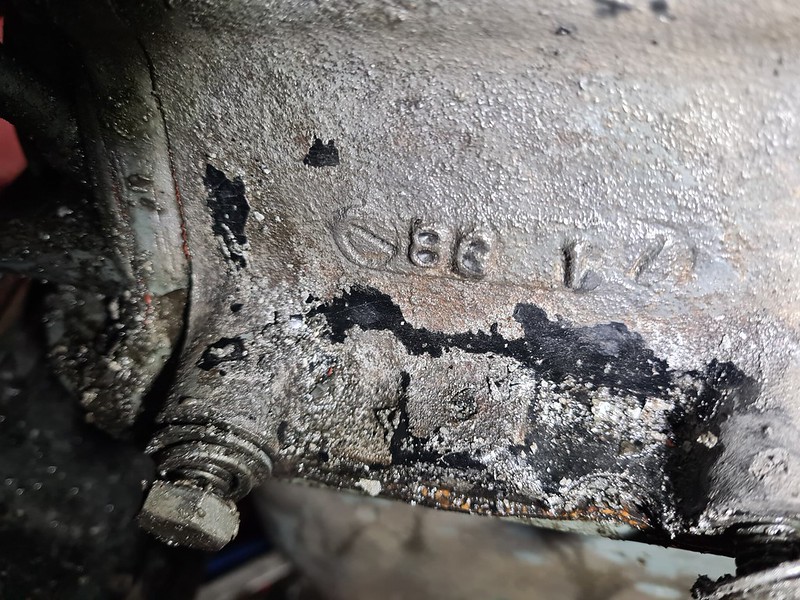 Trying to apply logic to anything lotus did will just lead to more confusion and sleepless nights.

The Mk2 Cortina (Cortina Lotus to give it it's correct name) was, unlike the Mk1 Lotus Cortina, assembled by Ford on their lines. But I'm not sure if they assembled the engines, or if Lotus did that and supplied them to Ford - I suspect this is the case, and as you noted there was mention in the records for your car that the engine came from a subdivision of Lotus. It's entirely possible the +2 line was running low on engines one day, so some were 'borrowed' from the stock to be sent to Dagenham.

At that point no one cared about the details we find interesting / confusing / infuriating nowadays, they just wanted cars built, PDI'd (not too thoroughly, mind!) and out the door.

Indeed Al, they would laugh if they knew how tied in knots we get trying to verify the numbers, as always people make statements that are then deemed to be 100% but based on nothing but supposition. I know for a fact that this car number left the factory as a kit complete with this engine number so I'm sure it is correct,, despite what is said about the "3020" Cortina Lotus designation. I am reading the book on the Twincam development by Miles Wilkins at the moment so gradually piecing together the story. Apparently there were 227 of the "H" prefix engines used in the Plus 2 making it relatively rare and near as dammit the same output as the later big valve engine. Smoke and mirrors as usual with Lotus though.
Top

It's a pity the Flan was never available with the Ford BDA. The Lotus TC was alright but the BDA was something else.
Top

Eventually found a reference to the dealership the Plus 2 was delivered to in kit form on a Lotus dealer list from 1970. Would be nice if I could find some photo's of the premises.
You do not have the required permissions to view the files attached to this post.
Top

First big spend so far having the Webers restored. Normally I would just service these myself but wanted a proper restoration and very happy with the result. Cue money pit...........
You do not have the required permissions to view the files attached to this post.
Top

Who did you send the carbs to for refurb, Robin?
Top