"The ‘new Mini’ divided opinion amongst Mini fans when it was released, but as it hits 20 years old in 2021, has it finally earned classic status?"
https://www.youtube.com/watch?v=iPZ-9Ekc3Cc
Top

MINI R50 is 20 years old, and Goes for a drive
https://www.youtube.com/watch?v=EeZVJNCibno
Top

I just wasn’t interested when they came out, nothing more than that and that lasted many years. I had my head turned though when I bought a GP3, Christ what a weapon that is, driving the original S for the first time in the 60s must have felt just the same, couldn’t take the smile off my face the entire time I owned that car! I’m constantly baffled by the stick the angry pedants give out about MINIS on social media, I just can’t see how MINI has taken anything away from the original, they’re a great AFFORDABLE addition.
Top

But are they as water soluble?

Interesting chat about the MINI at Boolee on the PA.. talking about options for tuning, and accessories, customisation etc.

Not everyone’s favourite car I agree… but early cars are cheap now and there is a good eco system forming of refurbished parts and equipment suppliers..

Another 50 years will tell

It’s taken me a while to come around, but I’m finally starting to view the original R50/R53 MINI as somewhat of a classic in its own right, especially the pre-facelift 2002/2003 Cooper S.

I do agree that with each generation the modern MINI is getting further from its roots. I’ve previously owned a Gen2 2009 JCW, and now drive a Gen3 2015 S.

The Gen2 was a complete nightmare in terms of reliability and repair costs, but being a JCW certainly put a smile on my face when driving 'spiritedly'

The later car, while much more reliable and comfortable, is not nearly as much fun to drive. It’s just an average mid-size car, nothing special and certainly not minimalist...

Anyway, with no commute since the pandemic I find that I drive the 1967 Cooper S more at weekends than I drive the 2015 Cooper S. On Sunday I filled up the tank in the 2015 car for the first time since March 2020 !

If I were to buy another MINI, it may well be a good Gen1 Cooper S as a weekend fun car - with the 6 speed manual Getrag gearbox of course, not the awful CVT or the 5-speed Midlands unit.
Top

The problem with the MINI is that for less money you could buy a much better Ford Fiesta.

The R50 wasn't a bad idea and by 2004/5 the main problems were fixed. But now they are a 16 year old car and they can be very, very rusty underneath.

We just finished a 2009 R56 Cooper S and it was just awful. The main issue was that it leaked more water in than the 1959 original.

My 2005 Cooper Checkmate I got now for 14 years had no big issues. It's a great MINI to drive, had it chipped for some more power and together with a John Cooper Works exhausts system a joy to own.

Kees
DOWNTON Mini is what I like a lot.
Collecting 60th wooden steeringwheels.
Top

My 2005 Cooper Checkmate I got now for 14 years had no big issues. It's a great MINI to drive, had it chipped for some more power and together with a John Cooper Works exhausts system a joy to own.

the 2004-2006 facelift R50/R53 are as I understand it the ones to own. I often think about buying a facelift R50 as a daily, I will need something to insure the Inno... But then when I see an R53 come by full chat they do look like fun!
Of course I know what a dipstick is, you get called something often enough you look it up!
Top

I have owned a 2002 R50 MINI for the last 15 years with the Rover Midland gearbox with no major problems and no rust but I have changed the MTF 94 gearbox oil (Land-Rover dealers stock it) every couple of years and ignored the original Rover/BMW 'filled for life' main dealer gearbox advice which was the cause of many bearing failures often just outside warranty period! I find the Rover Midland gearbox has a much slicker gearchange action than the 5-speed Getrag gearboxes fitted to the later R50 facelift MINI's. The R53 MINI Cooper S was always fitted with the fairly bullet proof 6-speed Getrag gearbox from launch. 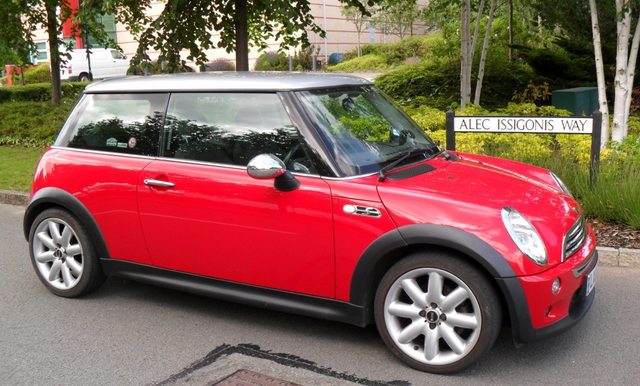