Looking for that elusive part, shout about it here.
Forum rules
1) The advertising of or soliciting for VIN tags, log books or any other vehicle identification documentation without it's associated vehicle is expressly forbidden.

2) If I consider any postings in this section to violate either the spirit or word of this simple request I reserve the right to delete any posts without prior warning or explanation.

360gts wrote:Hi Goff
Well, now I am confused...this center that I have...certainly looks original screen printing...but the shape is not like your centers.
Do you think there were different centers??? Anyone!!!

Dermott , i would say yes , your wheels look the same as mine with the valve hole same place , some were different , came out in a different place !!!

click on ten inch wheels , scroll down until you come Mamba's
Top

8390D28E-AE26-42C0-8CAE-15AE0DDC522A.jpeg
I’ve got two of these centres in wheels with valves pointing outwards.
I think they are late originals.
The logo is printed on clear adhesive Mylar (plastic?) discs.
The alloy centres on both wheels were convex .. I think because of the number of times they had been knocked out from inside.
It was easy to put a mandrel behind and chap them flat again and re apply the original printed Mylar disc.
You do not have the required permissions to view the files attached to this post.
Top

First try at creating the new centers...made from galvanised steel sheet. Slightly domed like the originals...gives the center a lot more rigidity.
Pleased with the outcome...will need a little more massaging but I think they will look great with the Mamba sticker applied...have some on the way.
Comments welcome.
You do not have the required permissions to view the files attached to this post.
Top

A lot of the confusion arises with these wheels & centres because they have been made by a good few different people over the years.

They were first designed by John Thornton here in Leeds (about 1/2 a mile from where I am sitting typing this) in around 1967. John had made a minor name for himself hereabouts after designing his Mamba Single seater. Following this success he decided to design an alloy wheel that was above all light, but that could also be easily converted to a whole range of different rim widths. The result was the Mamba Alloy Racing Wheel. This was available off the shelf in 5 & 6 inch & was available in rim widths up to 10" (or even larger) to order. The rims were initially cast up in a Leeds foundry & finished by John. These very early Mambas can be seen on cars like Alan Staniforth's Terrapin. 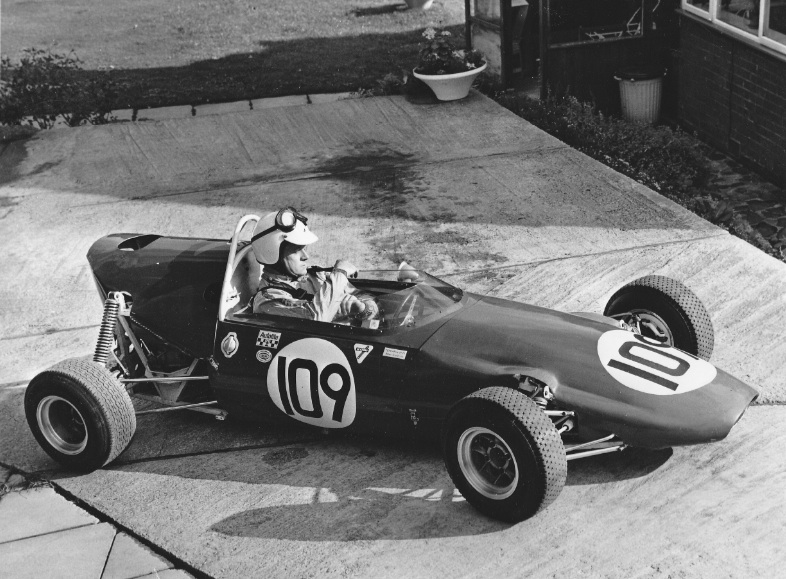 John sold the project to a Foundry in Halifax in the early 1970's who manufactured the Mamba wheel in standard sizes until the mid 1980's. When they closed down.

Since then there have been at least another couple of people who have offered this design of wheel either with, or more likely without actually holding the manufacturing rights to do so.

As far as I am aware the only company still manufacturing this style of wheel is JBW who are having them made in the far east.

Throughout its life, the wheel has had a number of different centre caps, the most common is the straight domed type in 360's post above. The "mushroom type" that Goff has shown pictures of is of an earlier design & is MUCH rarer. The original designs were always pad or screen printed on, but Goff's stickers look pretty much perfect to my eye.

I am not aware of the original John Thornton Mambas coming with a centre cap of any sort.
Mark F
I'm a rather fat feathery Owl called sage.
Top
Post Reply
14 posts