General Chat with an emphasis on BMC Minis & Other iconic cars of the 1960's. Includes information on MK1 Action days.
Post Reply
163 posts

WMU 211G wrote:. Found a few of my own photos on there occasionally...!


I get two or three emails from pinterest a day, sometimes never seen before stuff turns up, but most of the time it is the same stuff over and over again.

I find mine on Pinterest from time to time. Some people take them down when I ask, others just have no idea of the concept of copyright.

By the way, some may have noticed that all my pictures I have posted from Photobucket are no longer showing on the forum. They had a drastic power outage a few months ago and some peoples accounts still have not been recovered, mine being one of them. I have over 40,000 pictures on there but I am now beginning to think that they will never recover my account. Fortunately I have all the originals on hard drives so they are not lost for ever, but I now can not just go and find something of mine on the web and post it, hence why I have not been posting so many images of late.

Normal service may be resumed, or I am going to have to open a Flickr Pro account and start again.
Who knows I might get to 5000 posts by the time all the crap is over!
Top

Ogle e.jpg
Ogle f.jpg
Ogle g.jpg
Ogle h.jpg
You do not have the required permissions to view the files attached to this post.
Who knows I might get to 5000 posts by the time all the crap is over!
Top

The Appleyard Building is still there, but is now covered in horrid modern cladding.

Appleyards was a really great company with an interesting history. It was founded by John Appleyard in the early years of the 20th century his Sons Ian & Geoffrey both excelled in what they did, Ian became one of the most outstanding rally drivers of the 1950's finishing the Alpine Rally unpenalized three times in a row from 1950 to 1952, becoming the first driver to win the coveted Coupe d'Or. Where as his Brother Geoffrey was killed during the war while serving with the SAS in Italy.
Mark F
Forum founder, backer & only admin for nearly 20 years.
I Must be f*&%^g mad
Top

A couple of Motorail adds 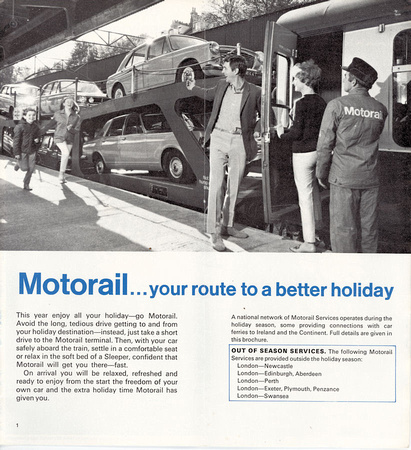 Who knows I might get to 5000 posts by the time all the crap is over!
Top

The top photo was taken at Kensington Olympia where I drive freight trains through en route to Battersea Yard, the motorail platforms were filled in, the canopies were removed and that part of the station is now a van hire premises.

Up in the potteries...

PH POTTS 291f6.jpg
You do not have the required permissions to view the files attached to this post.
Nidge

Dr Who ! She is a time traveler after all.
Top

1969.
You do not have the required permissions to view the files attached to this post.
Top

Costafortune wrote:1969. Just the car for a dirty weekend!

And, on Monday, you can deal with all the new rust spots which have developed as a result of taking a BMC 1100/1300 out for a winter weekend driving

Or you could take the posh option with a Riley Kestrel and get your man below stairs to sort the rampant rust out in the morning...

BMC 8e9f7a.jpg
You do not have the required permissions to view the files attached to this post.
Nidge