General Chat with an emphasis on BMC Minis & Other iconic cars of the 1960's. Includes information on MK1 Action days.
Post Reply
2 posts • Page 1 of 1

I was hoping that you'd got a reply, and that your unidentified HiLos were the same as mine - however dashed on both counts!

Min are also cast, but have a square body, The thread is coarse. The seat for the cone is shaped to match the cone.
Obviously one has take a knock at some point! 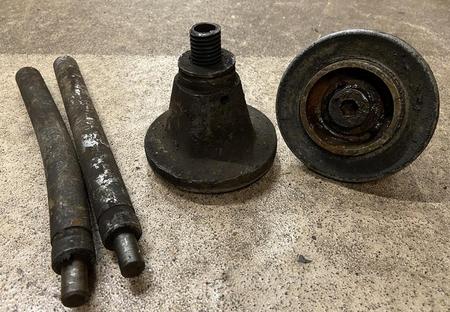