General Chat with an emphasis on BMC Minis & Other iconic cars of the 1960's. Includes information on MK1 Action days.
Post Reply
4 posts • Page 1 of 1

Hi
My car is a July 71 Cooper S and can any member tell me what make and style of seatbelt would have been fitted by the factory.
Currently fitted are a set of Kangol static belts with the press release system for unfastening the belts. The only issue with these belts is that there is no system for storing the belts when not in use.
Top

I had a 1971 Mk3 Mini in the 1970's and it had Kangol? static belts with a plastic box bolted on the tunnel behind the handbrake which took the two belt buckles and 2 square bright orange push buttons to release each belt.
The belts parked on the side pillar mounting in a black plastic moulding, the original mouldings on mine broke and the BL Dealer replacements had the plastic moulding 'beefed up' in the broken area, so I guess it was a common failure point. I always thought this single handed system was better than the later stalks fitted, especially if you had low aftermarket bucket style seats.
Top

I think by July 1971 the static Kangol belts were becoming a standard fitment - the buttons on the floor mounted buckle section were however black. This is the hardest part to find (along with the mounting brackets) in good condition as the buttons deteriorate and the lugs that hold them in place come off. As previous replies have indicated the clip of the seatbelt was stowed on a plastic fitting at the top mounting of the belt on the B post. This also breaks over time. Britax produced a very similar model of belt with an almost identical floor mounted black double buckle. This was better quality and tends to survive better. The downside is that the stowage of the clip part of the belts requires a hook fitting to the rail under the rear side window. I have seen examples of 71 cars fitted with the more standard type of Kangol magnet static belts (as per MK1 and Mk2 - much easier to find) as well as the early "Reflex" inertia reel type which have the buckles and hooks of the standard static type.
You do not have the required permissions to view the files attached to this post.
Top 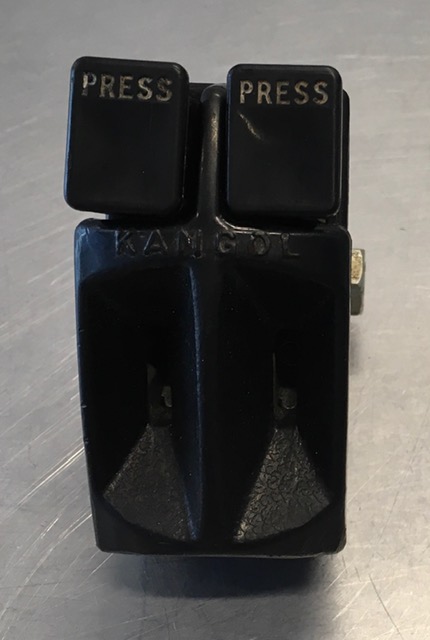 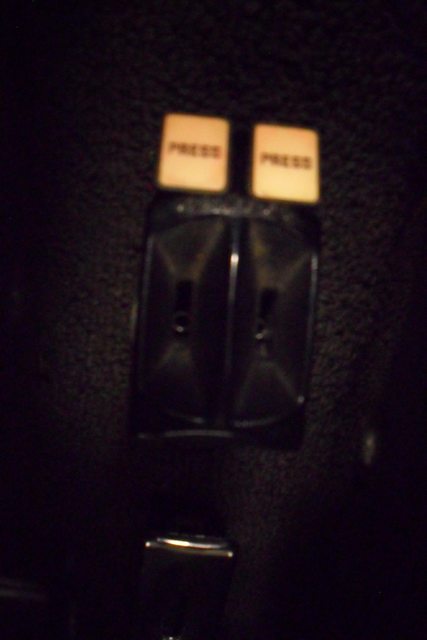 I remember now the buttons were black on my 1971 Mini originally but when the floor mounted buckle section broke many years ago, I replaced it with the floor buckle from a later Mini which had the bright orange press stickers on the buttons, now faded by the sun in my current Mini above. The later Kangol inertia belts used with floor mounted stalks also had the same buckle fixing, so I now have the static floor mounted sockets but with Kangol inertia belts, a combination which works well with my Recaro seats.
Top
Post Reply
4 posts • Page 1 of 1