General Chat with an emphasis on BMC Minis & Other iconic cars of the 1960's. Includes information on MK1 Action days.
Post Reply
126 posts

Graham Hill was loaned an Invacar after a racing collision, and was so horrified he campaigned against them even meeting the Prime Minister Ted Heath in Downing Street to show how difficult they were to control and unsafe in an accident. Pressure built up until the government called a stop to production in 1977. Disabled people could then get normal cars converted instead. Apparently the government allowed some of the happy AC/Invacar Model 70 owners to keep leasing their vehicles right up until 2003. Then suddenly the government decided all the Model 70s remaining should all be scrapped. Within a week, all of the Model 70s were rounded up and should have been scrapped but a few escaped the scrap yard and have since been restored by enthusiasts.....
Project Invacar:-
https://www.youtube.com/watch?v=AeJCsce_AAc
Abandoned in a field for 14 years! Will it start? Project Invacar
https://www.youtube.com/watch?v=ipP6nnD7Wcg
Top

The point about the blue AC built invacar was that it actually cost more than the Government would have paid for a Mini.
Top 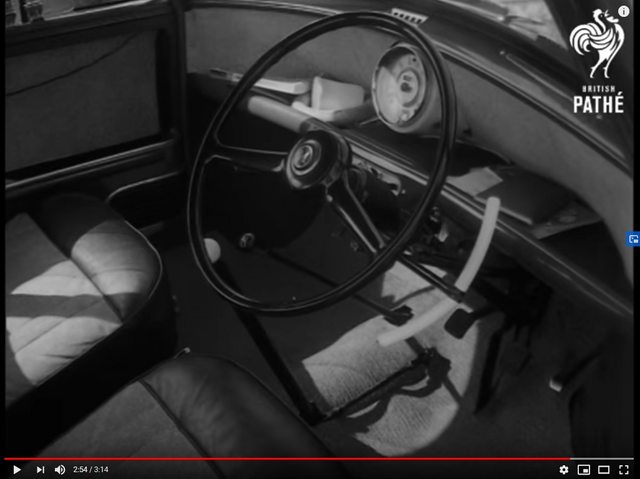 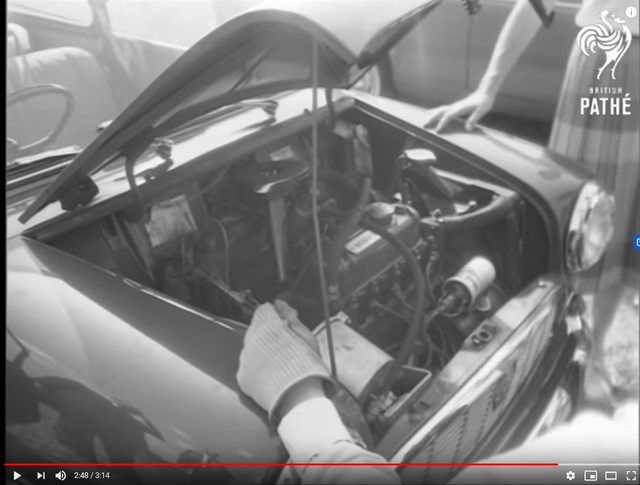 If your going down this route you might as well get a P50 , ready assembled, or assemble yourself. Choice of bike engines or electric engines. Not sure what they cost, to be honest i quite like the look, would raise some smiles ......might even be a fanny magnet

Was routing through a few bits and pieces in the shed and came across this, looks like it is the same as the controls in the pathe clip earlier in the topic.
Was fitted to a 'D' reg Mk1 Morris Mini that I bought must have been the best part of 25 years ago, got a bit of getting used to when driving the car home!
IMG_0624 - Copy.JPG
You do not have the required permissions to view the files attached to this post.
Top

I’ve just read through this whole thread (somehow missed it first time around). There are some prophetic statements in there from February about the ‘virus from China’ culling part of the population

I’m a new car dealer. I also love old cars.
Cars are going electric, no matter what we think.
But the good news is there are no plans I know of to ban internal combustion until at least most of us have handed in our licence.
Volkswagen are planning on at least another 20 years IC production for worldwide markets (especially developing countries)
Electric cars are brilliant to drive (for the majority of drivers and compared with other modern stuff) and will only get better and cheaper and available second-hand within most budgets.
We have plenty of spare electricity generating capacity but it’s all during the night- just when most electric cars need charging.
Hydrogen in cars is unlikely to happen - too many losses in the production and transport. Search for ‘Real Engineering The truth about hydrogen’ on YouTube for a full explanation. Electricity storage (Batteries) are the future, with new technology coming along rapidly.
Admittedly, the charging infrastructure is currently crap - unless you have an Elon Musk. But it’ll get there.
The latest high end models from certain German firms run 800v systems that will charge to 80% battery in 20 minutes (if you can find a 300kw charger).
Just enough time to suck the froth off your Costa Latte.

Looks like Mercedes AdBlue diesels may not be as clean as was claimed.......

Slater and Gordon and Leigh Day are now preparing a case against Mercedes over vehicles featuring its AdBlue technology, which the manufacturer claimed would reduce nitrogen oxide (NOx) emissions to create “our cleanest diesel cars ever”.
The firms say that more than 80,000 people in the UK who own AdBlue vehicles, which they claim contain unlawful “defeat devices”, could join the group claim against Mercedes.
In a statement, Karolina Kupczyk, of Slater and Gordon, said: “There is overwhelming evidence that Mercedes sold highly polluting vehicles which did not comply with regulations intended to reduce emissions of dangerous NOx emissions.
“Customers who bought affected models may have a claim for compensation against Mercedes. We intend to hold this carmaker to account for deceiving the car-buying public.
“Anyone eligible should join the group action to show these big corporations that they are not above the law.
“Mercedes traded heavily on the image of being green, environmentally friendly and producing efficient diesel cars. We can now see that customers and regulators have been deceived.
“It is likely that customers have overpaid for their non-compliant vehicles and the resale value will be affected, therefore we believe that customers are entitled to financial compensation.”
https://cardealermagazine.co.uk/publish ... ces/192152
Top