General Chat with an emphasis on BMC Minis & Other iconic cars of the 1960's. Includes information on MK1 Action days.
Post Reply
77 posts

It Started As An Intellectual Exercise:-
18 months ago he started designing an 8 port as a bit of fun...
http://www.theminiforum.co.uk/forums/to ... -exercise/ 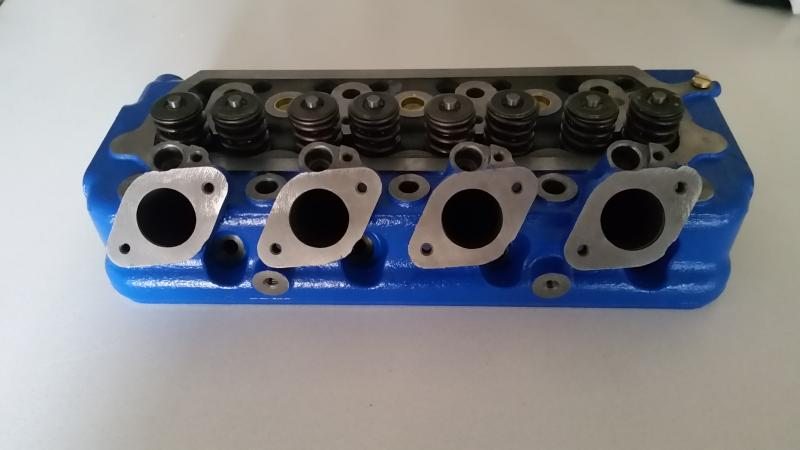 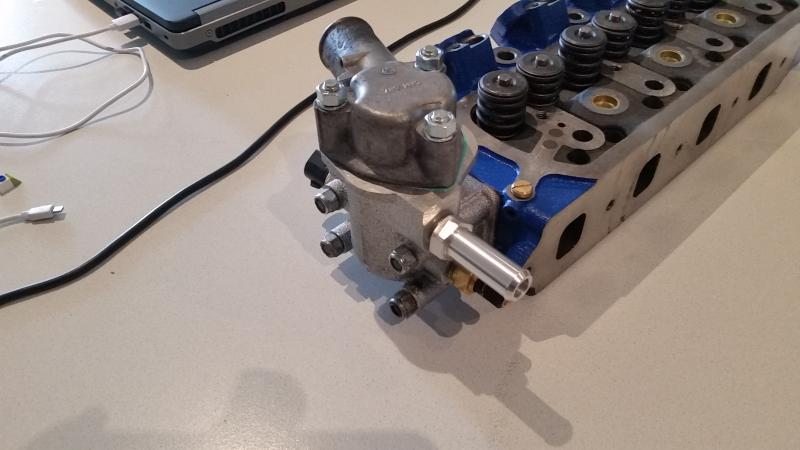 And I bet everyone on TMF who said at the start he couldn't do it will now be able to tell him how he's done it wrong from the comfort of their armchairs.

That's very impressive - it even looks like he's made provision for it to have the additional 2 head studs,

For those interested the design brief and more photos of head on the engine have now been posted on TMF by 'Trog':-
http://www.theminiforum.co.uk/forums/to ... ?p=3630243

Design brief after many months of research and evaluation:-
1. Had to fit under a standard round nose mini with no body modifications
2. Had to look “production” i.e. I wanted something that could have been designed by Rover; if they had had lots on money for the MPi and decided to go out with a bang!
3. Would be Iron! One of my more controversial decisions, there are many reasons for this choice over alloy, best summarised by saying it would be a lot more robust. Remember I am making this for myself so I don’t have the funds to do a huge amount of R&D, ideally I wanted the first head to be usable.
4. It would have down draft ports, both inlet and exhaust if possible.
5. It would use standard parts as much as possible, valves guides push rods etc..
6. Casting would have open ends and a remote thermostat housing. The open ends of the casting allow a very positive positioning of the water jacket core, allow inspection of the finished casting and without a thermostat housing the casting would be smaller and therefore offset the weight penalty for being Iron a bit. A separate thermostat housing would also allow more flexibility, including fitting it to the back of the head for a front radiator instalment.
7. While I am only planning to make a couple for myself I wanted to keep the option for making more if people wanted them
8. Would be designed around fuel injection from the start, no consideration would be made for carbies at all! The injector bosses would be included in the head casting, as would knock sensors.
9. Would be a traditional push rod design.
Top

just great, well done him. Having a Darlek in the garage to help is cheating a bitthough (have you spotted it ?)

Kudos to Trog. This is an amazing project.
Top

Thats so good! Thanks for sharing that. Was sad tho to see his original post, where he asked for data, people are idiots. Glad he did it.
Top

jetblick wrote:Thats so good! Thanks for sharing that. Was sad tho to see his original post, where he asked for data, people are idiots. Glad he did it.

I thought exactly the same, a series of posts telling him he was dreaming & absolutely no help whatsoever. I would like to think that if that original post had been made here, the reaction would have been more positive.
Mark F
Forum founder, backer & only admin for nearly 20 years.
I Must be f*&%^g mad
Top

Hi, can I introduce myself: I am Trog!

Thanks for all the positive comments, It's been a long journey and really nice to hear.

As a number of you commented my original post was received with such (idiotic) negativity that I gave up on forums for a long time, and when I started this project decided that I would not document it as I couldn't be bothered with all the armchair heroes (as you called them!). I decided to "Release" only when I had a finished product. Originally that would have been a running car but that may be a while away as I have some other life issues that will have to take precedence for a year or so.

Though to be fair on TMF I haven't received anything negative this time! I was expecting to be told I should have made it out of alloy by now!

Thanks again, and if you have any questions please ask!But be warned i can go on a bit!

Oh and the Dalek is called Arnie, as he is an ex-terminator.
Top
Post Reply
77 posts