Lots of Minis of all types lining the streets in this film!
1960s London Driving, Kensington, Earls Court, HD from 35mm
https://www.youtube.com/watch?v=xZBuPDl22GA 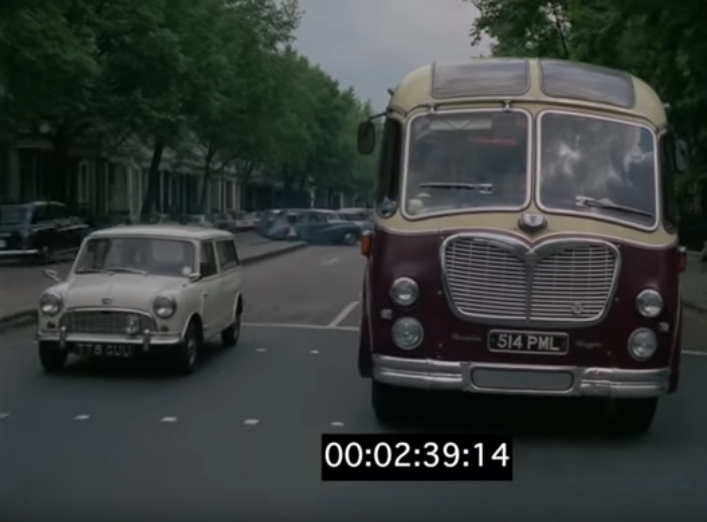 When whoever filmed this first showed it to their nearest and dearest, i bet their reaction was: what a boring film!

50 years later and its real time capsule of a better world.
Top

When I ready Haynes' comment above, my instant reaction was "It wasn't a better world, it was just different". While this is still my "intellectual" reaction, I can't help but agree, it does look an altogether better world!
Mark F
"I'm a very friendly Lion called Parsley".
Top

The streets look tidy and litter free ....unlike today

Not sure if this is a Sprint or just a chop top, about 1min30 into the film

You could spend hours trawling through the old films on that channel
You do not have the required permissions to view the files attached to this post.
It's like what my painter friend Donald said to me
"Stick a fork in their ass and turn them over, they're done"
Top

Interesting to note, in the first film at least, an almost complete lack of road markings . . .
Top

By sound as well as sight.
Top

Fantastic snapshot of history there, very nice. At first I thought it might be 1965 /66-ish but near the end of the clip there are at least a couple of vehicles with the then new-fangled reflective numberplates (including an FX4 Taxi) which means it's probably no earlier than early '68-ish. I think I saw a '67 model year Mustang Notchback parked up near the end too.

Has anyone done a proper freeze frame job and counted all of the Minis yet...?