General Chat with an emphasis on BMC Minis & Other iconic cars of the 1960's. Includes information on MK1 Action days.
Post Reply
33 posts

Spider.. thanks good read BP document from 2010 ..The Future as Ethanol % increases in Petrol the situation could get worse.. "We Are Doomed ". to quote Private Frazer

Polarsilver wrote:Spider.. thanks good read BP document from 2010 ..The Future as Ethanol % increases in Petrol the situation could get worse.. "We Are Doomed ". to quote Private Frazer

Or we can pay a small fortune for Aspen or some other incredibly expensive Alkylate Fuel.

Very Surprised they can Courier this stuff around ?.
Maybe I should get some in for the Revival also good fuel for the Camping Stove as well

REMEMBER FOLKS. AVGAS IS NOT ROAD FUEL AND CONTAINS THE EUROMARKER. The euromarker is a dye (azo dye) which goes pink with the addition of acid. VERY VERY PINK. This is also found in Red Diesel and Kerosene and any other fuel not for road use.

In order to make AVGAS undetectable, you have to wash the fuel with HCl, until it stops going pink (both the fuel and the acid layer). This will probably also react with the ethylene dibromide, which is a scavenger for the combustion products of lead. This would probably react with your webers and also grot your valves up.

The chances of getting dipped are tiny and the first fine is £500 plus the duty on the fuel in your tanks.

There is no way around this. Marked fuel cannot be used in any road vehicle, end of. Unless you remove the marker.

There are two approaches to octane, alkylate (non-aromatic fuel) plus lead, or aromatic fuel (which kills lead response). The benzene (which is the smell of unleaded) is quite marked. Toluene and Xylene "Cellulose thinners" are also additives which make super unleaded more super. If you want to lead fuel for octane, choose the non-super stuff. Which is more alkylatey and less aromaticy. There is stuff like di-cyclopentadiene which you can really boost octane with. I think it's RON 252. I imagine all of this stuff has been banned by nanny state recently.

As an aside, if any of you are budding fuel fiddlers and wonder about red diesel.

Add alkali (drain cleaner NaOH) and note the colour change (blue) - This is Alizirin, which is the UK marker.

There are three ways to get rid of the red (Sudan 14 red dye).

1. filter through kieselghur (cat litter)
2. add about 4ml of bromine (per 500l) (before either of the acid/alkali stages) and zap with hard ultraviolet light.
3. leave in the sun.

I am an ex-chemist/and chem teacher. I used to fiddle with fuels but then grew up. If any of you are keen on brewing your own stuff, or investigating markers (purely for a scientific discovery basis) I'd be interested in hearing from you.

NB:- There is this stuff called methyl aniline (which is unbelieveably nasty) and 2.5% of this, along with 4.5% of TEL/EDB mix will see your best boost to your most alkylatey fuel possible.

There's something else to google. MTBE. Methyl tertiary butyl ether.

In The Shed. I did enjoy your chemistry lesson .. back in the day Fullers Earth was the thing for filtering Red Diesel ( so i was told ) .
Ref; Modern Fuel Addative available Today ..
"Tetra Boost E guard 15" .. on the tin Contents listed are .. Xylene ( mixed isomers) + 1,2- Dibromethane + 1,2- Dichloroethane + Tetraethyl Lead.

This Supplier Claims that each 100ml of Tetraboost when added to 11.5 Litres of Shell V Power (99) will boost the fuel to 5 Star 101 Octane a 2 point Octane boost
Quote Tetraboost .. "We advise this for all cars requiring 100 Octane Fuel particularly high performance cars of the 60,s & 70,s" ..
Can i ask ..will this add in stuff help keep my Unleaded Petrol active for longer .. other than I try it & see when my fuel goes OFF?
Top

I've been using Stabil fuel stabiliser in my cars over winter for a few years now and never had any issues. Prior to using it I've had to strip carb's and replace tanks due to solid resin deposits. However it's made for the US market so have no idea if it is really as effective as it should be over here or elsewhere if the fuel additives aren't the same.
Top

In The Shed - thanks for that - Interesting.

Fortunately, we don't have the On Road / Off Road fuels dies in the way you guys do. All fuels sold here are Taxed at the same rate however, those entailed to claim can get some of that back.

Presently, we also have TEL additives (and I think leaded fuels ?) still available for some restricted purposes however, I think they will be banned from our markets shortly.


111Robin wrote:I've been using Stabil fuel stabiliser in my cars over winter for a few years now and never had any issues. Prior to using it I've had to strip carb's and replace tanks due to solid resin deposits. However it's made for the US market so have no idea if it is really as effective as it should be over here or elsewhere if the fuel additives aren't the same.

Many Mower shops, in the UK and in Aust also offer Fuel Preservers.
Top

Thanks for the chemistry lesson InTheShed 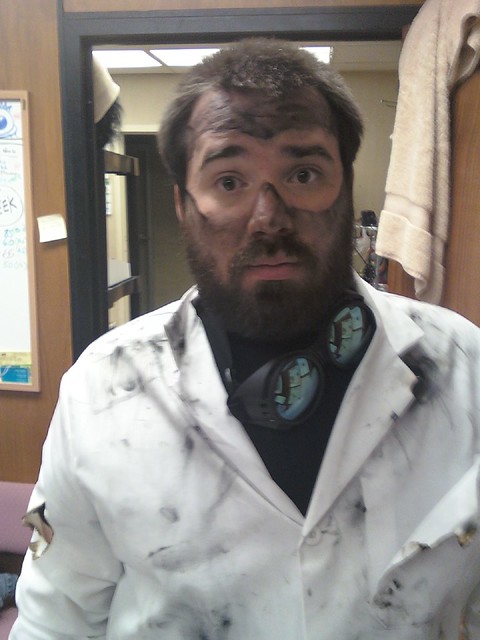 Odd how the TEL/EDB/EClB was mixed with aromatic compounds. (This kills the lead response to a degree). I suspect this is due to them needing an organic solvent and "thinners" being cheap, rather than getting some sort of branched hydrocarbon, which you could probably get from somewhere.

I must admit (and I'd never do it again). I found out about the Euromarker the hard way. Somehow a very low percentage of red got into my tank. To the point that the fuel looked pretty much like diesel, but perhaps a gnats fanny darker. I got pulled and dipped (routine stop) and the euromarker came out BRIGHT PINK.

RUNNING RED THROUGH CAT LITTER DOES NOT REMOVE THE EUROMARKER (or the brit marker). NB:- The euromarker is called "solvent yellow" and is diesel coloured.

I had a chat to the chaps doing the test and picked their brains. Basically if they catch you with hidden tanks, or white fuel with the euromarker in it, you are looking at a prison sentence.

The irish were washing the euromarker out with hydrochloric acid, and the way the brits got around this was to add a dye which responds to alkali. This is very very slight blue when added with alkali. I think this is due to it being more effective at higher concentrations, so it's probably good for detecting whether fuel has been laundered, rather than a qualitative test. If you wanted to launder diesel, you'd have to go with a de-red first, then an acid wash then an alkali wash. You could explain any alkalinity by adding a small amount of biodiesel with residual NaOH. Either way, if you did choose to do this and get caught, you'd probably get a longer sentence than if you had murdered the man from VOSA

We were mucking around (as curious scientists) with bromine, trying to saturate the double bonds in the dye molecules and the addition of a small amount of bromine made the diesel go comedy pink (like highligher pen). Bromine goes a sort of purple in "oil" which is why you can't use too much of it. In hindsight, this was probably the bromine reacting with the euromarker to make a very pink species. After a short period of time it lost it's colour, but it was UV specific.

Without getting bogged down in illegalities, I'd wonder what the addition of some magnesium fines would do to alcohol containing fuel. I think the key thing is to stop the lighter fractions evaporating. If they don't react or leave, they are still there. It's a vapour pressure thing.

VOSA use visual checks. A visual check for the red, then an acid test for the euromarker and then an alkali test for the brit marker. (Kero is slightly different - contains a fluorescent species - coumarin). The guys are pretty good at spotting fuel that isn't quite right and in their truck, they have every sort of magic eye which looks for specific concentrations and frequencies of light/absorbance.

If they get this far, you are probably going to prison.

Also, I wonder how the addition of some short chain soap would be for the formation of gunge within modern fuels. It would most certainly stop a load of crap formation.
Top

Wasn't there a recent case in the Midlands re this very colourful subject, which had been going on for some 3 years after much tooing and froing between the various governtment departments, agencies and even quango's and it STILL hadn't got to the courts. At yet another farcical hearing, the Judge said in as many words, '......this farce is coming to an end in 10 seconds..... will the three defendants stand...' which they did upon which were all duly discharged. And to add salt to the various departmental woes, awarded total defence costs against them
Top
Post Reply
33 posts