Another chance to see the 'Forever Vespa' documentary on Talking Pictures TV channel today:-
Tuesday 9th Feb 10.30am - 11.40am (Freeview Channel 81)
"Vespa: Italian symbol of a fresh start at the end of World War II. Years after its arrival on the scene, Vespa is still a cult object worldwide even for the younger generations."
https://talkingpicturestv.co.uk/schedule/

"The Vespa: An Italian symbol of a fresh start at the end of World War II; a picture of optimism and of growing wealth; an emblem of the family; and the witness of many love stories.
Exactly 62 years after its arrival on the scene, the Vespa is still a cult object worldwide for young and old, a vehicle capable of changing its look while keeping its own familiar design. A mere scooter, it has remained in vogue for no less than six decades.
Its story runs parallel with the history of Italy and Europe from the end of the war until the present day, step by step with the social and cultural changes that have taken place in the last 60 years.
The story is narrated with the help of firsthand testimonials, exclusive interviews with those who first launched the Vespa on the market, designers of various models over the years, those who have analysed the Vespa phenomenon, as well as charming interviews with collectors and fans of Vespas worldwide…Forever Vespa."
(An Italian documentary so likely to be with subtitles).
https://www.modculture.co.uk/forever-vespa-documentary/
Top

As a old south London Lambretta boy I watched with interest . There is also on the same channel a similar Lambretta documentary popping up sometimes .
8662 FN Austin Mini

Strangely, the Rolls/Bentley/Triumph/Rover dealership my dad worked at in the 50's were also a Vespa franchise, odd combination. 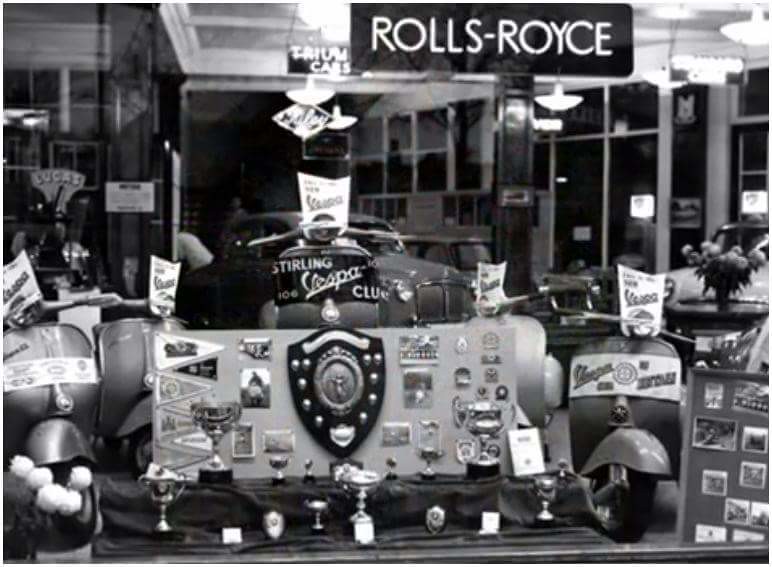 111Robin wrote: ↑Wed Feb 10, 2021 10:51 am Strangely, the Rolls/Bentley/Triumph/Rover dealership my dad worked at in the 50's were also a Vespa franchise, odd combination.

The Rolls dealership was not a Lambretta franchise? How comes? I tell ya Roy, because a Rolls Royce customer was expected to want something sophisticated.

If only I knew the power of the Dark Side...I wouldn't have made contact with an Innocenti

I agree my Lambretta Li 125 was much more sleek and elegant than a Vespa which always put me in mind of a toilet on 2 wheels ...
Top

This reminds me of my Lambretta GT200 with its Purple Stripe Engine Covers.. sold it to by a Moggie Minor ..sold that to buy the 997 Cooper & that 51 years later is still wrapped up warm in my Garage today.