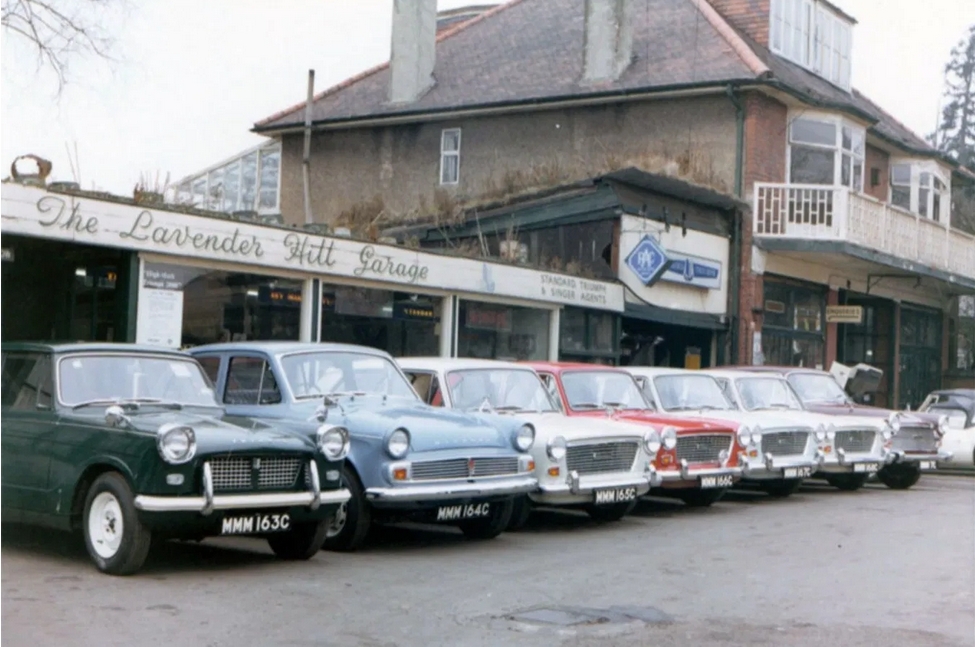 "It’s February 1965, and one of around 4000 car dealers selling British cars to a willing local market are about to take delivery of an interesting line-up of Standard-Triumph, Rootes Group and BMC cars. The gloriously-named Lavender Hill Garage in Enfield was a typical multi-franchise car dealer that would have enjoyed the luxury of a loyal and local customer base, who bought with two things in mind – the locality of the premises, and that the cars were proudly British.
The world 55 years ago was rather different to the ours today, but as far as car owners are concerned, getting the latest registration plate on their cars was a matter of pride. The weather might have been dull as the new cars all resplendent with their ‘HHH’ plates, but as the cars glistened on The Ridgeway, the dulcet tones of Gerry and The Pacemakers’ Ferry Cross The Mersey and You’ve Lost That Loving Feeling either by The Righteous Brothers or Cilla Black (depending on which station the petrol station’s Philips Transistor radio was tuned into) crackling in the background completed this wonderful slice of British suburbia.
For, yes, Lavender Hill Garage could sell you petrol at around 25p per gallon, allow you join the RAC, service your car (every 3000 miles including replenishing those all-important grease points) and sell you a new Standard-Triumph or Rootes Group car. So, just why there four Austin 1100s in the line-up is anyone’s guess, as we can’t see any evidence of the trusted BMC rosette in this image. The Triumph Herald and Hillman Minx we get, but the Austin 1100s and Cambridge Farina we can’t explain.
But as all the cars are displaying sequential MMM 163C to MMM167C ‘plates (the Farina’s registration doesn’t appear to be part of the grouping), this is clearly a posed group publicity shot."
https://www.aronline.co.uk/memories/mem ... ield-1965/
Top
Post Reply
1 post • Page 1 of 1